Prehistory. The study of prehistory

From a formal point of view, the expression “prehistory” designates everything that happened before human history unfolded. In practice, this same term covers the period that goes from the appearance of life on Earth, the evolution of the human species, until the appearance of writing. Thus, we perceive a curious contradiction: how is the term prehistory used to define a time when human beings already existed on Earth?
To understand this contradiction, we must know who was responsible for the existence of the pattern that standardizes the prehistoric period. Such a conception appeared precisely among nineteenth-century historians, who believed that the study of the past was only possible through written documents. Thus, they believed that the understanding of the prehistoric past could not be sustained on true bases.
Currently, this kind of understanding has lost space to other forms of recovery from the past. Many historians have come to see that the sources that document the past are not limited to written documents. Artistic manifestations, orality, material culture and other vestiges can be given to the understanding of the past. With this, the prehistoric world is no longer seen as a time “devoid of history”.

instagram story viewer
Undoubtedly, the understanding of this time in human history is surrounded by immeasurable comprehension challenges. The scarcity of documents drives researchers to make use of the most diversified fields of knowledge to try to promote the resumption of the first actions of man on Earth. Not restricted to the interpretive act of the historian, the study of Prehistory still counts on the support of anthropologists, physicists, archaeologists, biologists, chemists and paleontologists.
Thus, there is no way to deny the wealth of information in this branch of knowledge that tracks man's conquests over nature. The construction of utensils, the first houses, the development of rock art and the mastery of agriculture are some of the other subjects that make up this incredible period. Between the three divisions of the period (Paleolithic, Neolithic and Metal Age), a vast and curious range of historical information accumulates.
By Rainer Sousa
Graduated in History

There are several ways to represent the same chemical compound, this is done through the Chemical...

What is additive gasoline?

To understand what is the gasoline additive, it is important, first of all, to remember what the ... 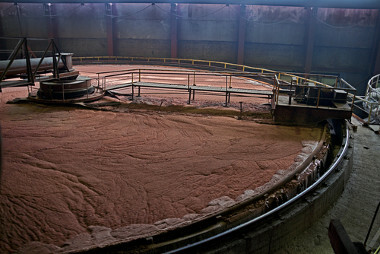 THE Water pollution it is one of the most worrying forms of environmental pollution, given the gr...