Night of the Long Daggers, the Nazi purge

THE Night of the Long Daggers was the name given to an internal Nazi party purge, which took place on the night of June 30th to July 1st, 1934. The objective was to undermine the strengthening of SA chiefs, Sturmabteilung, the Assault Troop of the Nazis, formed in the 1920s, whose main leader was Ernst Röhm.

The SA played an important role for the Nazis in fighting political opponents in the streets of Germany. It was the SA that mainly fought the communists, for example. The SA grew stronger over the years, becoming the main Nazi military force. The SA had reached about two and a half million members in 1934 and intended to be the future embryo of the Nazi army.

This pretense caused problems for Hitler. The president himself had concerns about the possibility of the SA becoming an army, subjecting the German army to his yoke. The street fights organized by the SA also caused public order problems in German cities. Inside the Nazi party, the positions of Röhm and his followers could even call into question Hitler's ultimate authority. Finally, Röhm was a homosexual, which went against the practices accepted by the Nazis.

These factors led Hitler to use the SS, Schutzstaffel, or Protection Troop, and the Gestapo, the political police, to arrest and execute SA leaders. The actions took place mainly in Munich, Bavaria. Hitler had personally gone to the city to issue the arrest warrants, carrying out this action personally with Röhm. Countless other leaders were arrested and later executed. The purge was not limited to SA members, it also affected Social Democrats and Communists.

The Nazi propaganda machine also served to present the fact as a reaction by Hitler to an alleged SA coup d'état against the Führer. The event was presented as the putsch of Röhm, placing the head of the SA at the head of a military conspiracy. From then on, what was left of the SA was submitted to the SS.

However, there was a dispute between the SA and the SS in the military command of the Nazi forces. Heinrich Himmler was the main leader of the SS and still placed himself in a mystical current of Nazism, linking the ideology of the Aryan race to religious precepts, whose symbol was also engraved with characters runes. The SS would also be responsible for administering the concentration camps and for Jewish extermination.

Microcountries are countries whose territory does not exceed 1000 km². Despite the small size of ... 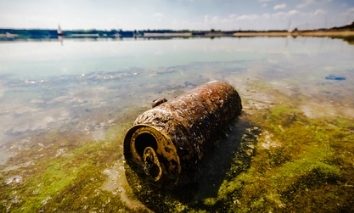 The issue of availability of quality water is very serious since, basically, all living organisms...

Livestock in the Midwest region

The Midwest region is the fastest growing in Brazil, its main economic activity is livestock, alt...