Opposite, conjugate and equality of complex numbers

There is no order relationship in the set of complex numbers, so we cannot establish who is greater or less.
Example 1
Given the complex number z = - 2 + 6i, calculate its opposite, its conjugate and the opposite of the conjugate.
Opposite
- z = 2 - 6i
Conjugated

opposite of the conjugate

Example 2
Determine a and b so that

Allotropy is a phenomenon that occurs when the same chemical element has the property of forming ... 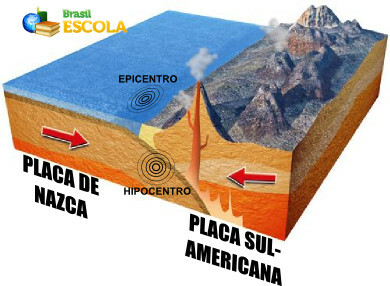 Chile has been the stage for the occurrence of numerous natural disasters, especially earthquakes...

Relative positions between a point and a circle

An elementary thought about the position of a point in relation to a circle is that this point c...