Thyroid: what it is, functions, hormones, dysfunctions

THE thyroid is gland endocrine shaped like a butterfly, with two lobes that connect in the midline. The thyroid is known mainly for producing the hormones thyroxine (T4) and triiodothyronine (T3), but it also produces the hormone calcitonin, which works by reducing blood calcium.

The hormones thyroxine and triiodothyronine act on metabolism, and changes in their production lead to health problems. Hypothyroidism is characterized by a reduced secretion of T3 and T4, when these hormones are produced in excess, it is called hyperthyroidism.

Read more: Endocrine system — made up of glands and tissues that release substances known as hormones

the thyroid is an endocrine gland composed of two lobes, which are arranged on each side of the trachea and are connected in the midline. It is located in the anterior part of the neck, below the region called the Adam's apple. She is made up of thousands of follicles, small spheres that are between 0.2-0.9 mm in diameter. In an adult person, the thyroid has between 20-30 grams.

The thyroid, as pointed out, is an endocrine gland, that is, responsible for release secretions known as hormones directly into the bloodstream. The thyroid produces the hormones triiodothyronine (T3), thyroxine (T4) and calcitonin.

The thyroid is a gland that produces different hormones, the triiodothyronine (T3) and Thethyroxine (T4) the best known. These two hormones are related to the maintenance of metabolic processes in the body, exerting effects on all systems of the body. Human Body.

Another important hormone produced by the thyroid is calcitonin, which acts by inhibiting the resorption of bone tissue, thereby decreasing calcium levels in the blood. Its secretion is activated by increasing the concentration of calcium in blood plasma.

Read more: Pancreas — an important gland in our body responsible for producing the hormones insulin and glucagon

Hyperthyroidism and hypothyroidism are two problems that affect the thyroid gland.

Hypothyroidism and hyperthyroidism can cause a condition known as goiter. THE goiter is an enlargement of the thyroid and can be detected through physical examination.

Both hypothyroidism and hyperthyroidism can be treated. Usually, medication is used in order to maintain adequate hormone levels, and, in some cases, treatment is carried out for the patient's entire life. Thyroid dysfunctions should be monitored and treated by an endocrinologist.

Video on thyroid and parathyroid

Rosane Kaingang was an activist who acted in the indigenous movement and fought for the rights of... 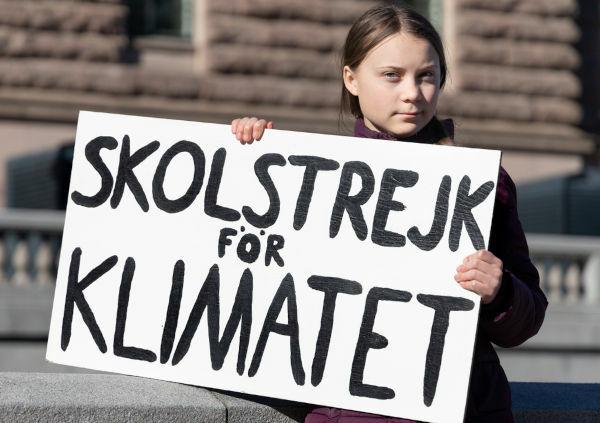 Greta Thunberg is a young Swedish student internationally known for being an activist demanding a...

Álvaro de Campos is one of the many heteronyms of the Portuguese writer Fernando Pessoa. Accordin...