Test your knowledge with the following questions about Earth's motions. Also check the comments after the feedback to clear your doubts on the topic.

Which of the following does NOT have a characteristic that differentiates rotational and translational motions?

a) CORRECT. The rotation lasts for approximately 24 hours, while the translation takes just over 365 days.

b) CORRECT. The rotation corresponds to the movement that the Earth performs around its axis in a counterclockwise direction and the translation is an elliptical movement around the Sun.

c) WRONG. The Earth's tilt axis corresponds to the angle formed between its orbital plane and the axis of rotation. Its value may vary, but it is approximately 23.5º.

It is correct to say about the rotational movement that

a) A year has 365 days, as it is the time it takes the Earth to complete its rotation.
b) The rotation is a movement that does not involve other stars, only the planet Earth that presents an inclination of 32 degrees.
c) The earth's axis determines the direction in which the rotation movement takes place and is an imaginary line from east to west on the globe.
d) Each rotation of the Earth around its own axis takes 23 hours, 56 minutes, 4 seconds and 9 hundredths.

Correct alternative: d) Each rotation of the Earth around its own axis lasts 23 hours, 56 minutes, 4 seconds and 9 hundredths.

a) WRONG. The rotation lasts approximately 24 hours, so it is conventionally assumed that this is the duration of one day.

b) WRONG. The slope is approximately 23.5 degrees.

c) WRONG. It is an imaginary line drawn between the geographic poles, that is, it crosses the center of the Earth and goes from the North Pole to the South Pole.

The main consequence of the translational motion is

The beginning of the seasons is marked by astronomical events called solstices and equinoxes, which differ by the position of the Sun in relation to the Earth.

a) WRONG. This is a consequence of the rotation movement.

b) WRONG. Global average temperatures are kept stable by the greenhouse effect, which retains energy on the planet by a layer of gases in the atmosphere.

d) WRONG. This is a result of the direction in which the rotation movement is performed, from west to east.

know more about solstices and equinoxes.

Which of the following is NOT a consequence of the Earth's motions?

a) CORRECT. It is a consequence of the rotation movement.

b) CORRECT. It is a consequence of the translation movement.

c) CORRECT. It is a consequence of the rotation movement.

Which motion below is NOT considered a motion that planet Earth performs?

a) CORRECT. It is the movement around its axis that the Earth performs clockwise under the influence of the Sun and Moon.

b) CORRECT. It is the variation that occurs periodically in the Earth's axis of rotation every 18.6 years.

c) CORRECT. It is the change in the point of Earth's orbit around the Sun.

d) WRONG. The movement performed with the Earth and its natural satellite is the movement of the Earth-Moon center of mass.

Why doesn't the Earth receive illumination from the Sun with the same intensity at all points on the planet?

The difference in the incidence of sunlight on the surface of the planet is caused by:

Planet shape;
Tilt of the Earth's axis;
Translational motion around the Sun.

Because it is approximately spherical and slightly flattened at the poles, the sun's rays do not fall with the same angle and intensity on the entire surface.

The Earth has a rounded shape and there is an inclination of its axis, approximately 23º27', which causes a difference in the way in which light and heat reach the planet.

(Enem 2014) When it is noon in the United States, the sun, everyone knows, is setting in France. It would be enough to go to France in a minute to watch the sunset.

The aforementioned spatial difference is caused by which physical feature of the Earth?

a) Flattening of its polar regions.
b) Movement around its own axis.
c) Rounding of its geometric shape.
d) Periodic variation of its distance from the Sun.
e) Tilt in relation to its orbit plane.

Correct alternative: b) Movement around its own axis.

Rotation is the movement of revolution that the Earth performs in a counterclockwise direction, that is, from west to east. Due to the difference in lighting, one of the main consequences of this movement is the succession of days and nights.

Test your knowledge with questions about kinetic energy and solve your doubts with the commented ... 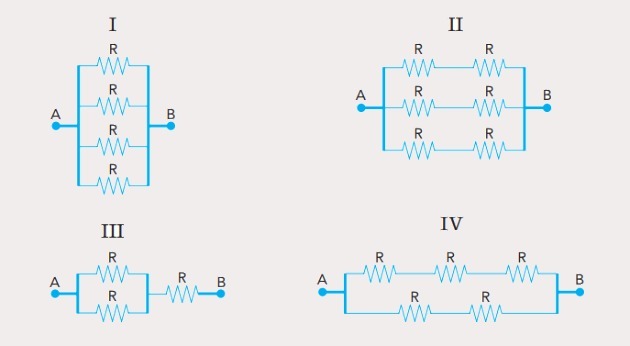 Electric current represents the amount of charge that passes through a conductor per unit of time... 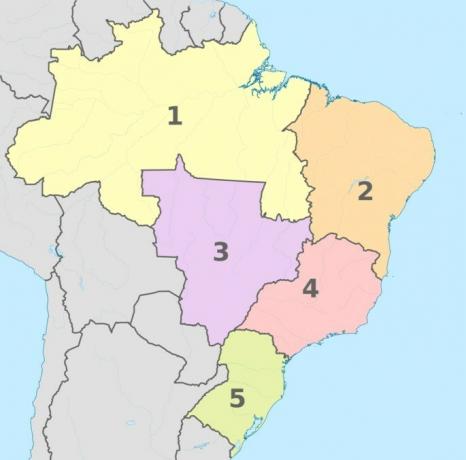 Knowing about the regions of Brazil is important to know the country in which we live.Therefore, ...