O biological clock it is a mechanism governed by the sequence of hours of the day, which is present in all living beings, regulating all activities of the organism. The region that controls biological rhythms, which last 24 hours, is the anterior hypothalamus, and it is these biological rhythms, called circadian cycles, that regulate schedules. sleeping, waking up, eating, among other activities such as emptying the bladder, bowel, and also to produce hormones such as cortisol, melatonin and growth hormone.

The genes involved in this process have already been described, and it explains why some people prefer to wake up and sleep early, working better in the early hours of the day, while others work better at night, and as a result end up lying down and getting up more evening.

Scientists claim that light is the main activator of the biological clock and, in this way, our body is prepared for wakefulness during the day and rest at night. People who stay awake and exposed to light at night force their body to change its natural cycle, governed by circadian cycles, and most of the time they cannot modify these habits. These changes that affect biological cycles cause a desynchronization between the internal clock and the external temporal indicators, requiring time for the person to be able to readjust to the conditions environmental issues.

In order to enjoy good health, it is essential that our biological clock remains synchronized. Time for rest, especially for sleep and weekly rest, is critical to keeping biological functions at the right pace. An irregular routine can, in the long run, deregulate biological functions and put the body under stress, with very unpleasant effects.

Medical researches have shown that in addition to the circadian rhythm, which is 24 hours a day, our body also has a weekly cycle, also called the septadian cycle. Thus, people who work seven days a week without any kind of rest pay a high price.

Experts believe that this biological rhythm changes depending on the species, so that each one explores a different time of day. A recent study done at the University of Osaka, Japan, found that animal species with exact 24 hours tend to have less evolutionary success, because when they all go out together to hunt, they form "rush hours", in which food becomes more sparse.

By Paula Louredo
Graduated in Biology

As we know, fungi play an excellent role in recycling organic substances from the environment. Su... 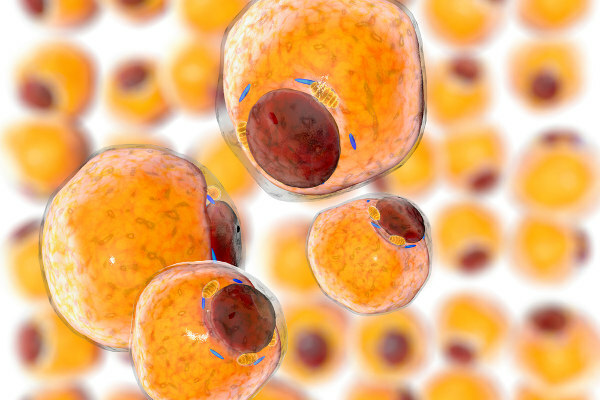 adipose tissue is a special kind of connective tissue which is characterized by storing fat in ce...

THE fistulation is a world-renowned technique that is constantly being criticized by defenders of...