Located in Central America, close to Cuba and the Cayman Islands, and considered the third largest island in the Caribbean, Jamaica has no land border with any country.

Jamaica is a former British colony whose independence was gained in 1962. Currently, the country is part of the British Commonwealth (an organization formed by the United Kingdom and its former colonies).

As a result of the large amount of slaves brought to Jamaican territory during the colonial period, currently, around 90% of the national population is descended from African slaves. This aspect directly influences the local culture, with cultural manifestations such as capoeira (fight and dance), reggae (musical style) and Rastafari (religious doctrine that preaches the overcoming of oppression against blacks and considers Ethiopia, a country in Africa, its nation sacred).

Jamaica does not have a developed economy. Agriculture is one of the main economic activities in the country, with a focus on the cultivation of various products, such as: sugar cane, cocoa, coffee, corn, cassava, banana, tobacco and miscellaneous fruits. The Jamaican industrial sector is represented by the food, fabric, cement and agricultural machinery industries. Another highlight is found in mining, whose main product is bauxite, a fact that characterizes the country as the fourth largest producer in the world, directly reflecting on the activity related to the export. 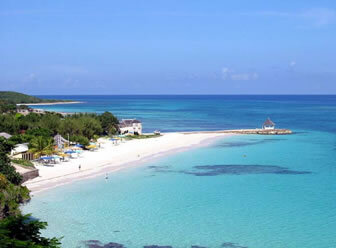 Autumn leaves, why the color

Why do leaves change color in autumn? At that time we have the feeling that the landscape was sad...

Reactions in which electrons are lost or gained are called redox reactions. They are very importa...

Diamond sparkle: is it possible to get it with glass?

The diamond is recognized worldwide for its rare beauty and dazzling brilliance. Such precious st...