The radioactivity present in our daily lives

the german physicist Wilhelm C. Roentgen, in 1895, discovered a new form of energy capable of sensitizing photographic films protected from the action of light. This technology was called X-rays and quickly became a diagnostic tool in medicine.

The usual name for this technology is radiography. When a person undergoes radiography, it is placed between the point of radiation emission and a photographic plate, with very rapid exposure to radiation. Radiography has important applications in medicine, the mechanical construction industry and the physical study of metals and metal alloys.

instagram story viewer
ionizing radiation. This type of radiation has the ability to destroy cells, which is why it represents today an important weapon in the fight against cancer. Radiotherapy can be used with the objective of totally eliminating the cancer, aiming at the patient's cure, or to reduce the symptoms of the disease, avoiding possible complications arising from the presence and growth of the tumor.

To achieve these goals, radiotherapy can be combined with surgery and chemotherapy, or even used as an isolated resource. It works like this: a pre-calculated dose of radiation is applied, for a certain time, to a volume of tissue that encompasses the tumor. This technique seeks to eradicate all tumor cells, with as little damage as possible to the surrounding normal cells. Cell death can occur, then, by various mechanisms, from the inactivation of vital systems for the cell to its inability to reproduce.

In addition to the treatments mentioned above, there are other important uses of radioactivity. As radiation can harm microorganisms, it is also used to sterilize medical equipment, foods and serums. The process leaves no toxic or radioactive residues. One of the advantages of the technique is that the sterilization is done without heat applications, which can deteriorate the materials.

By Líria Alves
Graduated in Chemistry

Situated in Midwest Asia, Kazakhstan borders Russia (to the north), China (to the east), Kyrgyzst...

Joseph Lous Gay-Lussac (1778-1850) was a scientist who made important studies of gases. He carrie... 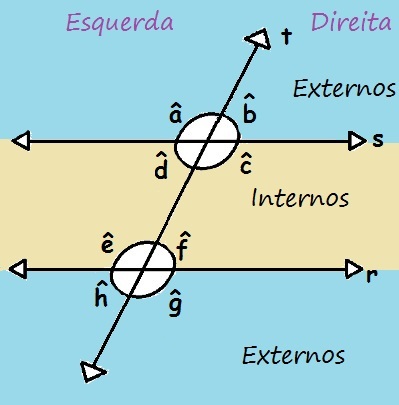 Parallel lines cut by a transverse

parallel lines are those that do not intersect at any point. A line is transversal to the other i...