According to history, we know that around the year 1200 BC. Ç. man already had control over fire, as this was already used as light for caves and also to keep warm in times of very cold. At the same time, man used fire for the purpose of working metals and building glass. But the Greeks were the first to study heat and temperature. Many Greeks, especially Aristotle, believed that the four elements responsible for the formation of the universe were: water, fire, earth and air, with fire being dry and hot.

We can say that the initial impetus on the study of heat was given by alchemists who sought to transform different materials into gold. They imagined that, for this to happen, a very precise control of the temperature was necessary. Regarding the study of heat and temperature, we must not forget to mention that the first turbine steam engine – the first instrument to transform heat into mechanical energy – was built by Heron de Alexandria.

The search for a more correct explanation of heat began in the year 1600. This explanation came from the relationship about the study of combustion. In 1697, George Stahl proposed the phlogiston theory. In his theory he proposed that all bodies contained an invisible, weightless substance called

instagram story viewer
phlogiston, which was responsible for combustion and rust. This theory lasted for over half a century, being used to explain all chemical reactions and combustion, until Joseph Black proposed that the combustion and heat transfer occurred due to the presence of a fluid, which he called caloric, which could pass from a body to other.

Lavoiser overturned the phlogiston theory by explaining, in a satisfactory way, the phenomena of respiration and also combustion. From this same period are the experiments of Benjamin Thompson showing that heat is energy transferred from one body to another.

Thompson, observing the drilling of cannon barrels, noticed that heat was always produced while one metal was rubbing against another. Carefully reproducing this experiment, so that horses rotated a piece of metal inside a metal cylinder, he observed that the metal heated the water placed inside it. According to the caloric theory, heat, being a fluid, would run out after some time and the metal would no longer heat the liquid, but the water continued to heat up as the material rotated. 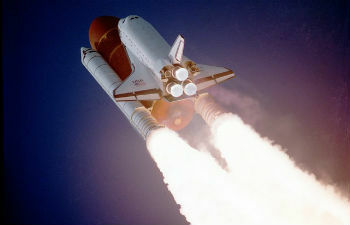 Spherical lenses are part of the study of optical physics, being an optical device composed of th... 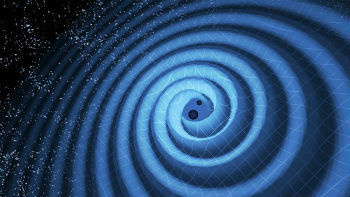 Gravitational waves are ripples in the curvature of spacetime that propagate through space.They a...