Orbital is the region of space around the nucleus where the probability of finding a particular electron is greatest.

Since the electron has a dual characteristic, that is, it behaves as a particle and also as a wave; scientists prefer to identify it according to its energy content. Through mathematical calculations, the scientist Erwin Schrödinger, in 1927, related the corpuscular nature, energy, charge and mass of the electron. Thus, each electron came to be characterized by quantum numbers. 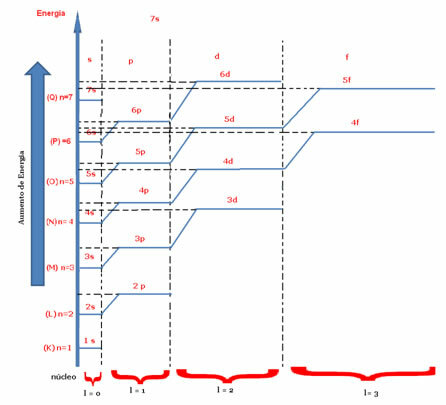 Now let's consider the magnetic quantum number and the spin:

According to the energy diagram below, the values ​​of m are represented by small squares (or by balls, depending on the author). For each orbital we have a value for the magnetic quantum number, which varies from –there The+1. 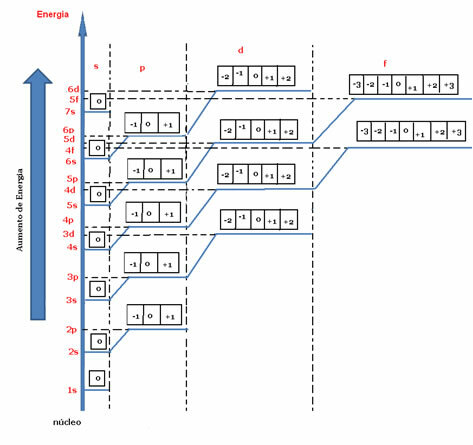 In this way, we represent in each small square only two electrons at most, which are represented by arrows and have the values ​​of +1/2 and -1/2.

It represents, by convention, an electron with negative spin s = -1/2.

It represents, by convention, an electron with positive spin s = +1/2.

As an example, let's look at the element helium, which has two electrons and only one energy level; its symbol is: 2he

Its symbolic representation is given by:

Representation of the position of the most energetic electron in Helium

So we have their quantum numbers for the 1st and 2nd electron:

The vacation period has arrived and what to do? How about traveling, taking a trip unlike any oth...

What is corona radiata?

O oocyte (also called the oocyte), at the time of ovulation, is associated with important layers ...

Chronic diseases are those that progress slowly and usually have a long duration. Among these dis...