Antidiuretic hormone: what is it, function, with alcohol

O antidiuretic hormone (ADH) it is produced by the hypothalamus and secreted by the neurohypophysis. That hormone is a polypeptide that has nine amino acids and acts mainly in the kidneys, in which it provides greater reabsorption of Water. It also has a vasoconstrictor role, being involved with the regulation of blood pressure in reply to hemorrhages. Due to its vasoconstrictor action, it is also called vasopressin. Resistance to the hormone's action or a reduction in its synthesis can lead to the development of diabetes insipidus.

Read too: Endocrine system - constituted by the endocrine glands of our body

What is antidiuretic hormone?

Antidiuretic hormone is a polypeptide that presents nine amino acids (Cys-Tyr-Fe-Gln-Asn-Cis-Pro-Arg-GliNH2). It is synthesized by neurosecretory cells in the hypothalamus, however, despite being produced in this location, it goes to the neurohypophysis, where it will be stored and subsequently released.

What is the function of antidiuretic hormone?

The antidiuretic hormone acts on the kidneys promoting water reabsorption. This hormone is important because prevents excessive water loss and ensures normal osmolarity of the blood. cells Osmoreceptors in the hypothalamus monitor blood osmolarity and trigger the release of ADH from the neurohypophysis.

Blood osmolarity increases when we eat very salty foods or lose water by the sweat, for example. ADH is then released and acts on the distal tubules and collecting ducts, promoting greater permeability of these structures and allowing a greater amount of water to be reabsorbed. In this way, ADH ensures an increase in the concentration of urine, a reduction in its volume, and decreases blood osmolarity by promoting water reabsorption.

When we drink a lot of water, we observe a reverse process. The drop in blood osmolarity promotes a drop in ADH secretion, which decreases permeability in the distal tubules and collecting ducts, so that water reabsorption in the kidneys is decreased. In this case we have a bigger urine production.

In high concentrations, the antidiuretic hormone works by promoting the constriction of arterioles, which triggers an increase in blood pressure. This function of the antidiuretic hormone is why it also receives the name of vasopressin. One of the stimuli for the intense secretion of ADH is a sharp drop in blood volume, when, for example, severe hemorrhage occurs. Losing 25% of the blood volume causes a 50-fold increase in ADH secretion.

What is diabetes insipidus?

When we talk about diabetes, many people quickly make the association with the diabetes mellitus, which is characterized by an increase in the levels of glucose in the blood as a result of problems in the secretion or action of the hormone insulin. There is, however, another important type of diabetes that is called diabetes insipidus. This type it is not related to insulin, but to the antidiuretic hormone, which is being produced in insufficient quantity or is presenting problems in its action.

It is called diabetes insipidus central, neuro-pituitary or neurogenic, diabetes caused by deficiency in the synthesis of ADH; and renal or nephrogenic, when there is resistance to the action of ADH in the renal tubules. At causes of diabetes insipidus are varied. The central type, for example, can be idiopathic (without a defined cause) or associated with injuries, traumas and surgeries in the hypothalamic region. The renal type can be, for example, induced by drugs or have a hereditary cause.

Diabetes insipidus causes the individual produces a large amount of urine, since ADH deficiency inhibits water reabsorption by the kidneys. Symptoms of the disease include, in addition to increased urine production by the body, need to wake up at night to urinate and exaggerated thirst.

What is the relationship between alcohol and antidiuretic hormone?

O alcohol inhibits the release of antidiuretic hormone, and that is why, when we drink alcoholic beverages, there is a large production of urine. Alcohol can therefore trigger dehydration, which may be responsible for the famous hangover symptoms. 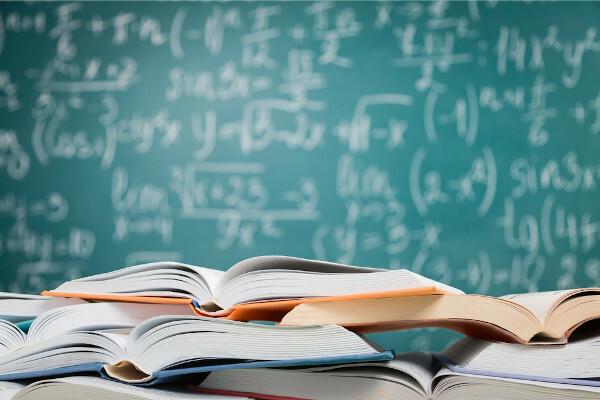 Sum of two cubes: formula, how to calculate, examples

It is used as a renewable fuel in boilers, vehicles, etc.; mainly due to the large amount of meth...

THE biology it is a broad science that is concerned with studying living beings, their characteri...