Socrates and the inner truth

Socrates revolutionized Philosophy by transferring the questioning vocation from physical nature to human nature, its values, truths and foundations. If there was any revolution in philosophy as early as its first centuries in Ancient Greece, it goes by a name: Socrates.

By radically altering the use of reason and the object of philosophical investigation, he decided that instead of continuing to debate about the origin and transformation of the universe and all the things in it, men would do better to investigate themselves same: the real discovery he was inside the human soul, not outside it.

Born in 469 BC Ç. on the plains of Mount Lycabettus, near Athens, Socrates came from a humble family and during his childhood helped his father in the craft of a sculptor. Soon his vocation spoke louder and he left to learn philosophy, being a disciple of the philosophers Anaxagoras and Archelaus.

However, dissatisfied with the limitations of philosophical thought that was expressed in his time, he decided to discover a new way of knowing. Rather than restricting his debate only to the eminent, Socrates was seen everywhere—especially in the Agora (central area of ​​Athens where all the public life of the city took place) — dialoguing with all kinds of people. His wanderings took him to the

instagram story viewer
Delphi Oracle, who, to Socrates' own astonishment, declared him "the wisest of men."

disagreeing with Oracle, Socrates decided to find in Athens someone who was wiser than himself, but, conversing with the townspeople famous for their intelligence and wisdom, he soon became convinced that they, in fact, knew nothing concrete. With each sage who asked, at some point in the conversation, Socrates immediately noticed falsehoods and contradictions.

The way our philosopher proceeded was unheard of until then and became known as dialectic. Initially, he asked his interlocutor to talk about any subject such as justice, courage, choosing a profession, etc. Then, from the poorly formulated and expressed thoughts, Socrates would demolish the arguments one by one, so that his opponent was often without answers.

In fact, this method Socrates' provocateur obeyed a justifiable philosophical principle. For him, the great confusion reigning in the human world - and that led the sophists to conclude that “there are no certainties, only conventions” — it was based on the fact that people, even those considered to be wise, did not reason properly. care about themselves, their opinions, values ​​and actions, taking as obvious things that should always be questioned until understanding complete.

In his dialogues — some of which came to us through his disciple Plato — Socrates sought clarification of the most basic concepts. After taking advantage of your negative dialectic, knocking rationally the misleading and confusing arguments, he went for a positive dialectic, seeking to highlight the true value of the remaining propositions.

Due to his irresistibly provocative way of talking and his personal charisma, Socrates has become a very popular figure in Athens, attracting adoring disciples and envious enemies alike. He was a frequent guest at dinners and parties, always surrounded by onlookers. Soon, however, he was able to demonstrate another quality: courage.

Socrates fought as a soldier in the Peloponnesian War (in between Athens and Sparta) and reportedly demonstrated great bravery in combat. In one episode, he carried a wounded comrade in the midst of attacking enemy troops.

Politically, although he showed no preferences, Socrates was considered dangerous to the powerful because of his sharp tongue. To the end of the war, when defeated Athens was dominated by the Thirty Tyrants, the prohibition of teaching or discussing philosophy in public was declared.

With the return of democracy, years later, the philosopher's situation did not improve. After a trumped-up charge of blasphemy against the gods, Socrates went to trial—which would become famous in Plato's description. Unfortunately, in this case, his elegant and provocative prose had a negative effect, and after irritating most of the jury — saying among other things that instead of being judged he should be declared a hero — Socrates ended Sentenced to death.

His ideas and methods, however, would live far beyond him, influencing philosophy throughout history and making him, justifiably, the first master philosophical thinker the world would know. 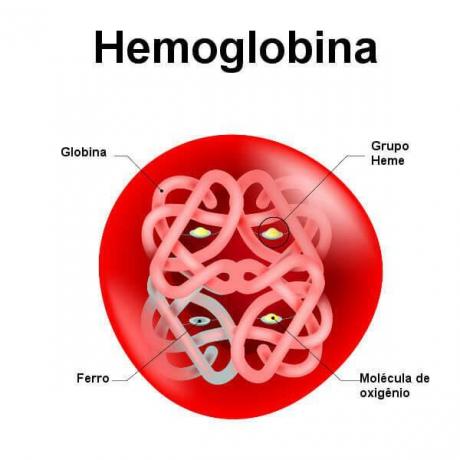 Hemoglobin: what is it, structure, function, types

THE hemoglobin is a protein found in the blood of vertebrates, more precisely inside the cells of...

Spittle. Functions and properties of saliva.

Our mouth it is part of the digestive system and it is there that digestion begins, aided by Spi...

Everyone knows about the danger of Cesium 137, but what exactly does this chemical compound consi...