Guantánamo is located in the southeast portion of the territory of Cuba, being an area of ​​administration of the United States of America (USA). In 1903, these two countries signed an agreement that gave the US the right to control the region and carry out naval operations. However, in January 2002, following the terrorist attacks of September 11, 2001, Guantanamo became a Detention Center for those accused of involvement in terrorism.

Since then, 779 people have been imprisoned, according to information obtained by the current “terror” of governments and companies around the world, the Wikileaks website. These data were published by several newspapers: El País (Spanish), La Repubblica (Italian), Le Monde (French), Washington Post (US), Aftonbladet (Swedish), among others.

The Guantanamo Detention Center records several practices that disrespect human rights, such as torture, inadequate transport of detainees, sexual abuse, beatings, intolerance to religious practices, detention of children, etc. One of the main purposes of prisons is to obtain privileged information from detainees, a fact achieved through torture.

Most of the prisoners, of Afghan, Pakistani and Iraqi origin, have not been formally charged or tried. According to reports released, some prisoners are innocent and are held for years. People are prosecuted on the basis of false statements, often obtained through torture of other prisoners.

Among the "mistaken" prisons were teachers, farmers, the elderly, teenagers, the sick psychiatric patients, among other people who had no connection with terrorist actions in the States United.

In contrast, around 130 high-risk prisoners who pose a threat to the US and their allies have been released or transferred to other countries, according to information from the website Wikileaks. An estimated 60 of them returned to terrorist activities.

With strong pressure to close the Guantanamo Detention Center, especially from the Red Cross and Amnesty International, the current president of the United States, Barack Obama, signed in 2009 a decree to end the “activities” in Guantanamo. However, this fact has not materialized yet. 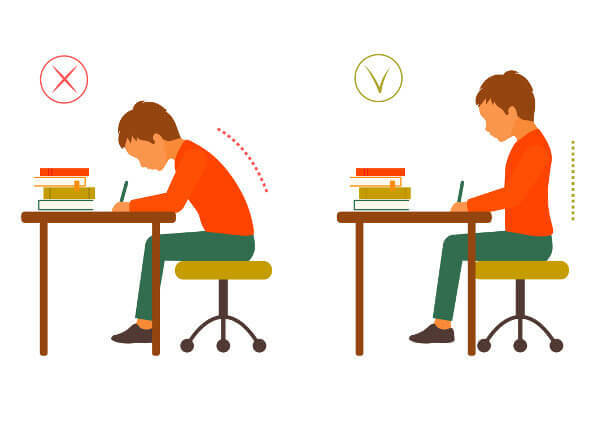 How poor posture can harm students

Students often suffer from the bad posture, whether it's time to sit at school desks, or time to ...

This subject is not the most hygienic, but it is interesting to know about the composition of the... Parnassianism in Brazil: characteristics and poets

O Parnassianism in Brazil it became a trend in poetry around the 1880s and established itself as ...