The Economy of Ceará

The state of Ceará is located in the Northeast region of Brazil. According to the population count carried out in 2010 by the Brazilian Institute of Geography and Statistics (IBGE), the population of state has 8,452,381 inhabitants, distributed in 184 municipalities, covering an area of ​​148,920,538 square kilometers.
The Ceará economy is the third strongest in the Northeast, its participation in the regional Gross Domestic Product (GDP) is 14.5%, behind the states of Bahia (31.5%) and Pernambuco (17.9%). For the national GDP, Ceará contributes with 1.9%. The GDP per capita of Ceará is 6,149 reais.
The state has been showing improvements in the economy, government incentives for the installation of industry (tax exemption and donation of land) and cheap labor attracted more than 600 national and foreign companies to Ceará in a period of six decades (1950 to 2010).
The composition of the state GDP, according to the sectors of the economy, is:
Agriculture: 6.2%.
Industry: 23.6%.
Services: 70.2%. 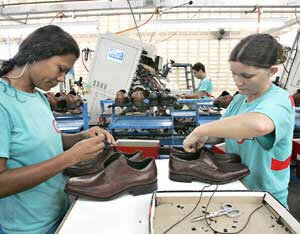 The industrial segment is well diversified and is in a constant expansion process. The Metropolitan Region of Fortaleza is the place with the highest concentration of industries in Ceará. Leather is a fundamental raw material for the industry of Ceará, the production linked to it is the main branch of industrial activity in the state. The production of shoes is responsible for 27% of Ceará's exports. Other important sectors are the textile and clothing center in Fortaleza (capital) and the interior, clothing, food, chemicals, steel, in addition to metal mechanics.
The Department of Irrigated Agriculture (Seagri) promotes an incentive policy for the floriculture pole, a fact that already makes Ceará the second largest exporter of fresh cut flowers, behind only São Paul. Fruit cultivation is constantly on the rise, especially bananas, oranges, coconuts, cashew nuts, pineapples and melon.
The state also produces sugar cane, cassava, beans, rice, corn, cotton, among others. In regions such as Vale do Cariri, long-fiber cotton is cultivated, a product of excellent quality.
Livestock is extremely affected by the climatic conditions of the Sertão. This economic activity is based on cattle, goats and swine herds.
Mining is practiced through the extraction of iron, clay, magnesium, granite, oil, natural gas, uranium. In coastal regions, the extraction of salt takes place.
Tourism is an activity of fundamental importance for the state economy. This activity has attracted international hotel chains and service and trade companies. Ceará receives more than 2 million tourists annually.
Data on the economy of Ceará:
Export (2008) – 1.3 billion dollars.
Footwear: 27%.
Leather and skins: 16%.
Cashew Nuts: 11%.
Fruit: 10%.
Cotton fabrics and yarn: 7%.
Vegetable waxes: 3%.
Machines and equipment: 3%.
Others: 23%.
Import – 1.6 billion dollars.
Steel products: 21%.
Wheat: 15%.
Machines and equipment: 11%.
Products from chemical industries: 8%.
Yarns and fabrics: 8%.
Wind power generators: 7%.
Petroleum derivatives: 3%.
Palm oil: 3%.
Others: 24%. 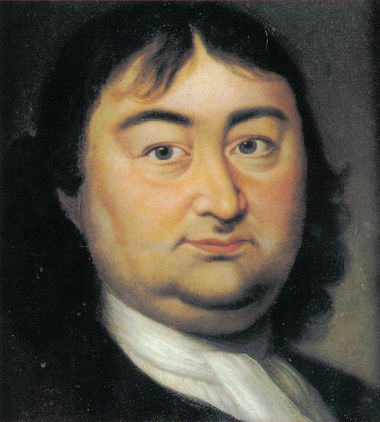 O Bering Strait is a location on the Bering Sea that separates the American continent, more preci...

How is water birth performed and what are its advantages? water birth

O water birth it is a form of birth in which the mother sits in a bathtub with water heated to b...

There are a lot of words in the English Language that can cause confusion when we chose them to w...