The at sign [@]is a graphic sign best known for being part of e-mail addresses, indicating the provider where a given user is. It is speculated that it arose in the Middle Ages to replace the Latin word ad (“to”, “to”). Later, the Spaniards used it as a symbol for the arroba unit of measurement, which is equivalent to 15 kilos and is currently most used in the agricultural sector.

See too: Quotation marks — the graphic sign used to highlight quotes and expressions

What is the arroba?

The word arroba has two meanings, it can be either a graphic sign used in emails as a unit of measure currently present mainly in the agricultural context.

E-mail (or electronic mail) always uses the at sign [@]. This graphic sign must be placed, in the electronic address, after the username and before the name of the email provider. Look:

In English, the at sign [@] has the same meaning as the word at, that is, “in” in Portuguese. In this way, the address indicates that a certain user is on a certain provider.

An arroba (or a metric arroba) equals 14.7 or 15 kilos. This unit of measurement is quite common in the agricultural sector. Look:

Possibly the at symbol [@] emerged in the Middle Ages. At that time, therefore, before the invention of the printing press, it was the task of copyists to reproduce published works. To save ink and paper, they used to use symbols and signs in place of a few words. Hence the arroba, in Latin word replacement ad (“to”, “to”).

Over time, the symbol was assimilated by the English language, with the meaning of “a” or “in”, widely used in commerce to indicate the price of a certain quantity of a commodity, as in [email protected]₤20, that is, 15 units at 20 pounds. Apparently, the Spaniards, in a wrong interpretation of the symbol, understood that, in this case, 15 arrobas were worth 20 pounds.

the word at, for the Spaniards, it already meant a unit of measurement. From then on, the symbol started to be used in this way also in the neighboring country, that is, Portugal. And much later, in the computer age, it began to be used in e-mail addresses, created in 1971 by the American Ray Tomlinson (1941-2016). 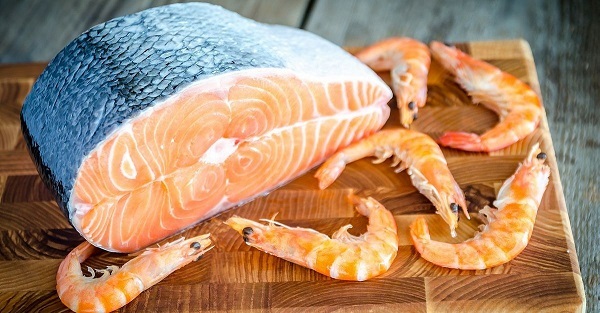 Origin of the reddish color of salmon

Famous for its low fat content and rich in Omega 3, O salmon it is one of the dishes consumed by ...

Before beginning the study of any discipline, we must know what it is. It was probably this quest...