What is a square? Definition, formulas and exercises

A square is a figure with four equal sides. A square has four angles of 90 degrees (ninety degrees). As squares are closed figures, in geometry they are called polygons, and classified as quadrilaterals, figures with four sides.

Every square has four edges (sides), four vertices (where the sides meet) and four 90° interior angles. 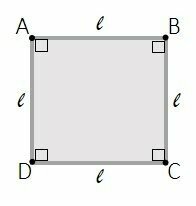 Not every quadrilateral is a square. To be square, it must have four sides of the same measure, and four interior angles with 90º. The parallelogram and trapezoid are quadrilaterals, but not squares.

Squares are a category of two types of quadrilaterals: rectangles and rhombuses.

Every square is a rectangle. The definition of a rectangle is: a quadrilateral with two pairs of parallel sides, and the interior angles of 90º.

So while every square is a rectangle, not every rectangle is a square.

Where L is the measure of the sides of the square, applying the Pythagorean Theorem, the diagonal is calculated by:

Find the perimeter of a square with side 14 cm.

Find the area of ​​a square with sides of 9 cm.

Find the length of the diagonal of a square with sides of 5 cm. 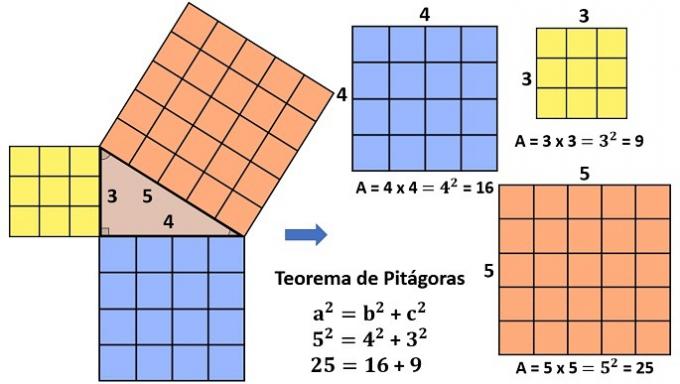 O Pythagorean theorem lists the length of the sides of the right triangle. This geometric figure ...

Cartesian plan is a method created by the French philosopher and mathematician, René Descartes. T... 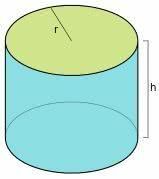 THE cylinder area corresponds to the surface measurement of this figure.Remember that the cylinde...