persephone she is a goddess who was part of the religiosity of the ancient Greeks, being considered goddess of agriculture, vegetation and the underworld. She was kidnapped by hades, becoming his wife and queen of the underworld, being forced to spend part of the year living there. Historians have interpreted the myth of Persephone and Hades as an explanation for the seasons.

See too: What is the origin of the Greek gods?

Persephone, figure of the Greek mythology, is a goddess who was part of the pantheon that formed the religion of the ancient Greeks. She was seen by the Greeks as

instagram story viewer
goddessgivesagriculture andvegetation and she was responsible for the fertility of the grains planted. Persephone's attributes were inherited from her mother, Demeter, who was also recognized as a fertility goddess.

This goddess was known by different names in THEseniority, like Koré, and this suggests that there may have been an older goddess who gave rise to the belief in Persephone in the Greece. Was call of proserpine in Pomegranate.

An important attribute of Persephone is the fact that she is known as queen and goddess from the underworld, the kingdom of Hades. This is because, as we shall see, Persephone was kidnapped by Hades, taken to the underworld and made the wife of that god. Because of this, many Greeks were afraid to speak the name of Persephone, as well as Hades.

Read too: Apollo — the Greek god of the Sun and the arts

The cult of Persephone was important to the Greeks in search for fertility noagriculture. She was seen as responsible for the spring, period when the plants flowered and bore fruit. The origin of the cult of Persephone is not known, but it is believed to have started in primitive rituals of the agricultural community.

Persephone is known specifically for being worshiped by the greeks on aritual known as MysteriesinEleusis. This cult was dedicated to Persephone and her mother, Demeter, and is understood by historians as an agrarian cult. This ritual was secret, and only those initiated in this cult knew how it was performed.

The Eleusinian Mysteries became one of the most traditional rituals of the religion of the ancient Greeks, being held in Eleusis, a city located in the Attica region, close to Athens. Later, this cult was taken to other locations, such as southern Italy and Sicily.

There are theories that point out that this ritual was an inheritance of the religious culture of peoples who inhabited the region of Greece in the pre-Homeric period. One Oanother ritual was the Thesmophoria, also very important and dedicated to Demeter and Persephone. This was related to the search for good crops.

The Persephone Myth: Abducted by Hades

The best-known myth of Persephone is the one involving the abduction she suffered.. This myth was even part of the cults given to her by the Greeks. One of the versions of this myth narrates that Hades temporarily left his realm to witness the fights between giants and gods.

Eros, Cupid in Roman mythology, challenged by Aphrodite, decided to shoot an arrow against Hades, and the arrow hit the god of the underworld's heart. After being hit by the arrow, Hades crossed the path of Persephone, who passed through a prairie (type of cover plant that settles on plains) picking flowers, and when he saw her he fell madly in love with the goddess, daughter of Demeter and Zeus.

With that, Hades decided to kidnap Persephone and take her to the underworld. Some versions of this myth narrate that Hades kidnapped Persephone with the permission of Zeus. In the myth, Persephone's abduction took place in Sicily, near Mount Etna.

Demeter was not consulted by either Zeus or Hades about the abduction, and as soon as she noticed Persephone's disappearance, she went into despair. demeter started a search for her daughter and after a while she asked Hermes about Persephone, and he told her that Zeus had allowed Hades to kidnap her.

Sadness took hold of Demeter, which caused her to neglect her life. Earth. So there was famine. After that, Demeter went to Eleusis disguised as an old woman and sat on a rock, remaining for days crying.

Eventually, she was approached by a man named Celeus and her daughter, who invited her to have dinner with them that night. She did so, and when she arrived, she found the son of Celeus, named Demophon, seriously ill. Demeter then healed the child.

Later, she started a ritual when the boy slept, but Celeus' wife, named Metanira, was frightened by this and took the child for herself. Demeter revealed herself and announced that she was performing a ritual to make the boy immortal. For the interruption, she demanded that a temple be built in her honor at Eleusis. This part of the myth narrates, therefore, how the cult of Demeter arose in Eleusis.

Demeter then convincesu Zeus to intercede for her so that Hades would return Persephone. Zeus sent Hermes to the underworld to convince Hades to return her, but Hades stated that he would only do so if Persephone had not consumed any underworld food.

It turns out that Hades had tricked Persephone and made her consume some pomegranate seeds. This made it impossible for her to return, but Hades allowed her to pass two thirds of the year with your mother, and the remaining period she would be required to spend with Hades. Other versions say that she spent half the year with Demeter and the other half with Hades.

This myth was understood by historians as a way used by the Greeks to explain the seasons, because the period that Persephone spent with Hades was a time of sadness for Demeter, which, in consequence, affected the productivity of agriculture. That would be the winter period. Persephone's return to her mother, in turn, coincided with spring.

When drinking cold water, our body burns calories, bringing it to thermal equilibrium with the bo... 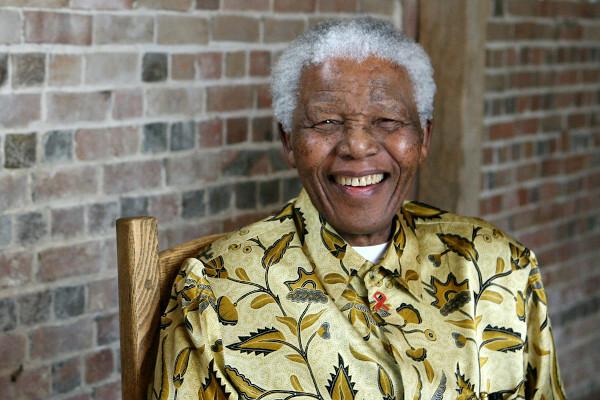 THE racial segregation consists of separation from a particular social group due to their physica...

Many people think that dizziness and vertigo are the same thing, however, these two words are not...