pampa it is a biome that extends through the south of South America, comprising areas of humid subtropical climate. In Brazil, the Pampas (or southern fields) occur only in the state of Rio Grande do Sul, in an area that is equivalent to 2% of the national territory.

As in the prairies, the Pampas are formed by extensive flat or gently undulating terrain, covered by grasses and shrubs. Its great biodiversity includes several endemic species, such as the red-bellied thrush, in the fauna, and the nhavandaí, representative of the flora. The environmental problems observed today in this biome, such as sandization and soil compaction, are derived from the advancement of activities such as agriculture.

Read too: Sanding in the southern region of Brazil

Pampa is a biome characterized by small and medium-sized vegetation covering flat and gently undulating terrain in the southern portion of South America, comprising a part of the Brazilian state of Rio Grande do Sul. The word pampa itself, which comes from the Quechua indigenous language, designates the areas of occurrence of the biome, since it means “flat” or “flat”

instagram story viewer
flat land”. Also called southern fields or southern fields, the Pampa biome has a large biodiversity, especially with regard to the number of species that make up its flora.

The Pampa can be described as a type of prairie of South America, and for that reason it presents similar characteristics to the fields of other regions of temperate climate of the planet. We present below the main aspects of this important biome.

The Pampa is a biome that occurs exclusively in the south of the subcontinent of South America. It extends over the southernmost part of the Brazil, Argentina, Paraguay and Uruguay. In Brazilian territory, the area occupied by the Pampa is 2% of the country's total surface, equivalent to 176,496 km². The coverage of the Pampa corresponds to 63% of the entire area of ​​the Rio Grande do Sul, the only Brazilian state that houses a part of the biome.

→ Climate of the Pampa

In the areas of occurrence of the Pampa, the prevailing climate is subtropical, which has the same characteristics as the humid temperate.

The average temperatures in these regions, as in the South of Brazil, are between 18 ºC and 20 ºC, but there is a thermal amplitude accentuated during the year. You summers are very hot and the winters tend to be very cold due to the advance of the Atlantic polar mass. Even in the cold season, there may be the occurrence of frost and even snow in some locations.

Another important aspect of the subtropical climate is the considerable volume of precipitation, since the rains occur uniformly during all months of the year.

→ Hydrography of the Pampa

There is great water availability in the region where the Pampa extends, which is due to the presence of a dense drainage network, several lakes and underground water reserves. The waters included in the biome are part of two important hydrographic basins: the Uruguay basin and the South Atlantic basin.

Among the main waterways that bathe the Pampa are the Uruguay rivers — which is called the river da Prata when it meets the Paraguai river in the region of its mouth —, Ibicuí, Santa Maria, Jacaí and Vacuí. Furthermore, a large extension of TheGuarani aquifer is located underground of the areas characterized by this biome.

The Pampa covers land, for the most part, flat or gently wavy that characterize, at least, four distinct geomorphological domains of the south-rio-grandense relief. Are they:

At altitudes They range from sea level to just over 400 meters, finding higher elevations within the Sul-Rio Grande Plateau unit.|1|

→ Vegetation of the Pampa

Like the prairies, the vegetation of the Pampas is predominantly rural, formed by herbaceous plants, which includes grasses, and shrub species. In some areas of this biome, it is possible to identify the presence of riparian forests, some deciduous trees and pioneer formations, although in smaller numbers.

According to the Brazilian Institute of Geography and Statistics (IBGE), the flora of the Pampa presents 1623 different species of plants, including those endemic, that is, typical of the biome, such as nhavandaí and algarrobo. Thus, we can find the following plants in the Pampa:

→ Fauna of the Pampa

The Pampa presents a quite diverse fauna composed of 120 species of birds, 97 species of reptiles, 74 species of mammals, 50 species of amphibians and 18 species of fish, according to IBGE data.|2| Among the animals of the Pampas are endemic species such as the red-bellied thrush, the tuco-tuco and the blue-bearded hummingbird. In addition to these, they also make up the fauna of the biome:

Know more: Steppes — the vegetation cover which has characteristics similar to the Pampa and occurs in dry climates

The degradation of the Pampa is directly related to the replacement of the natural vegetation of this biome by monocultures and pastures. In other words, the activity advance agricultural is one of the main causes of environmental problems in the Pampa region, especially when considering that part of this practice is developed extensively and also with the use of fertilizers and other agricultural pesticides used in crops.

The soil present in these areas presents low development, which indicates that it is shallow. The texture of these substrates is generally sandy. This set of characteristics indicates the presence of soils very prone to physical disruption, which causes the erosion.

Despite this, the monoculture of grains (such as soybeans) mainly and species such as eucalyptus has advanced over the Pampas, and the inadequate soil management results in accelerating negative impacts on it, native vegetation and water sources, in addition to removing the habitat of many animal species.

THE livestock extensive, in turn, generates increased pressure on the ground with the trampling of cattle. This ends up leading to its compaction, which generates a decrease in water infiltration and consequences for the vegetation and fauna, in addition to transforming the structure of the substrate and making it subject to the processes of erosion.

One consequence of the degradation of the Pampa currently observed is the sandization, the formation of deposits or sandbanks in the landscape once covered by vegetation. This phenomenon is due precisely to the removal of vegetation cover and the long time of soil exposure to weathering agents.

The enormous animal and plant biodiversity characteristic of Brazil is divided into five major biomes. Are they: 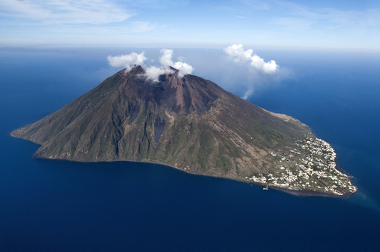 An island is defined as any portion of emerged land surrounded by water on all sides. Of course, ...

Carbon credits: what do we need to know?

carbon credits or Certified Emission Reduction (CER) corresponds to a unit issued by the modality... 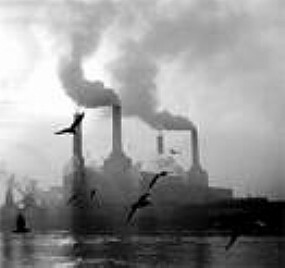 How to alleviate environmental problems?

The world is going through a terrible environmental crisis, as today's societies are feeling the ...