THE neodarwinism or synthetic theory of evolution It is a theory based on evolution theory in Darwin and increased scientific knowledge, mainly in the field of genetics. in the famous book The origin of species,Darwin explained his ideas of common ancestry and natural selection. According to the author, organisms descend from common ancestors and natural selection works by selecting the most apt individuals to survive in a given environment.

Although his ideas were revolutionary, Darwin was unable to explain how the variability occurs and how characteristics are transmitted. In neo-Darwinism, some concepts, such as mutation and genetic recombination, were added to the darwinism and helped to better understand these points, hitherto unexplained.

To better understand what neo-Darwinism is, we must first understand the ideas proposed by Darwin. Charles Darwin was an important naturalist who was known for his famous theory of the evolution of species. in your book The origin of species, Darwin explained his ideals, which are based on two main points: common ancestry and natural selection.

the idea of common ancestry asserts that all living beings descend, as modifications, from common ancestors. This means, therefore, that no species is immutable and all undergo changes over time.

According to Darwin's theory, individuals in a species they present behavioral, morphological and/or physiological differences, which allow that some individuals have a greater chance of survival than others. The organisms best able to survive (natural selection) pass these traits on to their descendants. Over time, these characteristics that make the organism more successful accumulate in the population, eventually leading to the emergence of a new species.

Darwin's ideas about the evolution of species, despite having brought important explanations of how new species arise in our planet, had gaps that needed to be filled. Darwin did not know, for example, how variability arose in a population or how traits were passed from one generation to the next.

Neo-Darwinism or synthetic theory of evolution can be briefly defined as an interpretation of darwinism based on the knowledge obtained with the advancement of scientific research, mainly genetics.

During the creation of his theory, Darwin did not have knowledge about, for example, the mechanisms that lead to variability and how traits were passed on to descendants. As new knowledge on the topic was gained, it became possible to explain these issues, and neo-Darwinism emerged.

In neo-Darwinism, it is considered, in addition to natural selection, that other evolutionary factors act on populations. Concepts such as mutation, genetic recombination and genetic drift were added to the knowledge proposed by Darwin about the evolution of organisms.

Mutation is an extremely important concept when it comes to evolution. This is due to the fact that the mutation stands out as the primary source of variability. Mutations are alterations in the genetic material of the individual that happen by chance, not occurring, therefore, as a way of adapting the individual to the environment in which he is.

Some mutations may harm the organism's development, others may be favorable to it, while others may not affect it. Natural selection will act on these organisms and ensure the maintenance or elimination of these mutations over time. If you want to know more about this topic, read: What is mutation?

Gene recombination is also an important factor in the evolutionary process, as it increases variability. It is worth noting, however, that gene recombination, unlike mutation, no creates gene variation, it just promotes new combinations of alleles already existing. Gene recombination is present in prophase I of meiosis, when the crossing over (reciprocal exchange of genetic material between non-sister chromatids), and in gamete fusion (fertilization).

THE genetic drift, unlike the other two concepts presented, does not increase genetic variability, but reduces it. It is a mechanism of evolution in which unforeseen fluctuations in allele frequencies are observed, due to chance. In this case, the genes passed on to the next generations are not, necessarily, those that confer better survival of the individual in the environment.

The worst earthquakes in history

You earthquakes are triggered by geological faults, volcanic activities and by the collision betw...

Work and energy are directly proportional quantities. This is the definition for work when studyi... 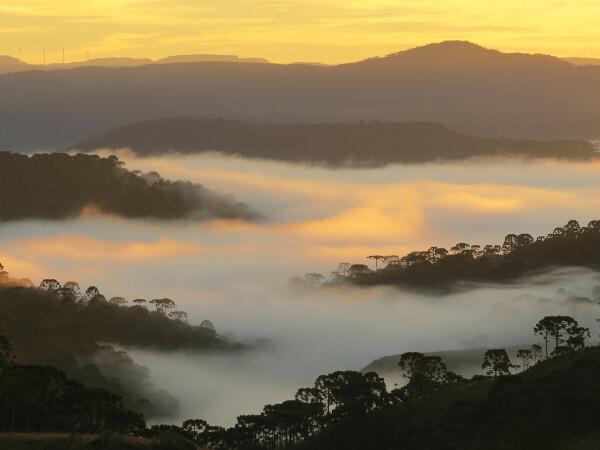 Canyons: what they are, formation, characteristics

You canyons exist on all continents, being sights beautiful and dangerous, forming deep valleys t...