Electric force: what is it, Coulomb's law, exercises

THE electrical force is the force that arises when there are two electric charges interacting with each other's electric fields. We calculate its intensity using the Coulomb's law.

Coulomb's law, in addition to being used in the calculation of force, interconnects this electrostatic force with the squared distance between the charges and the environment in which they are inserted. The work of the electric force can be found by the amount of energy that the electrical charge need to get from one place to another, regardless of the route chosen.

Read too: How does the movement of electrical charges work?

What is and what is the origin of electric force?

The electrostatic force, commonly called the electrical force, is part of the four fundamental interactions of the universe, along with the strong nuclear, weak nuclear and gravitational forces. It appears whenever there is an electric field with an electric charge inside it.

The orientation of the electrical force is as follows:

Coulomb's law is the physical principle responsible for the association between the electrostatic force and the distance between two electric charges immersed in the same medium. It was developed by Charles-Augustin de Coulomb (1736‒1806) in 1785.

It is worth mentioning the importance that the sign of the electric charges has in determining the direction of the force acting between them, being attractive for charges with opposite signs and repulsive when the charges have opposite signs. equals.

Coulomb's law formula is represented by:

Observation: The electrostatic constant changes according to the environment the charges are in.

Work is the application of a force for a displacement, and it is irrelevant which path was taken, as long as they start from the same point towards the same place.

In view of this, the electrical force workdepends on the force applied to an electric charge to cross the distance from point 1 to point 2, as shown in the image. 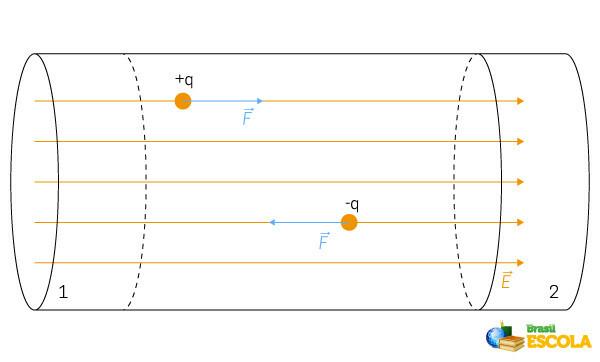 We calculate the work using the formula:

Read too: Electrostatics — area of ​​Physics intended for the study of charges at rest

THE electric field occurs in the vicinity of an electric charge or an electrified surface, being an intrinsic property of charges. THE Electric force arises when there is interaction between electric fields of at least two electrical charges, as shown in the image.

(Mack-SP) A point electric charge with \(q=4.0\ \mu C\), which is placed at a point P in the vacuum, is subjected to an electric force of magnitude \(1.2\ N\). The electric field at that point P has magnitude:

As in the statement the force value is provided and the field is requested, we can use the form that relates both:

Since the electric force was not given, we can do the calculation using the electric field and the charge. Remembering that since the charge is positive, its force and field are in the same direction, so the angle between the force and the displaced distance is 0°:

THE Treaty of Tordesillas was a document signed by Portugal and Castile (Spain), in June 1494, an... 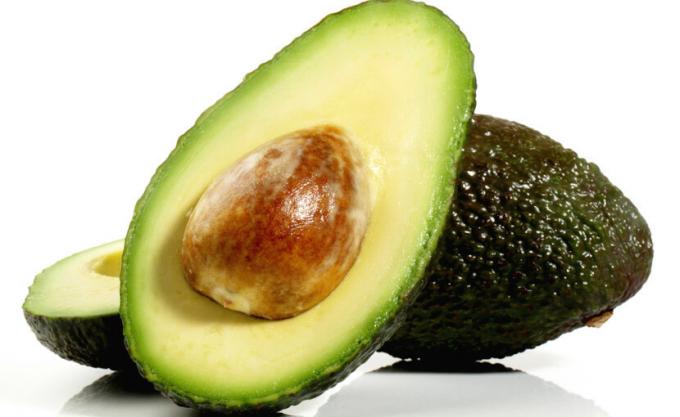 Fruit: what it is, how it can be consumed, examples

Fruit is a term used to refer to a fruit or accessory fruit which, generally, has a sweet taste, ...

Simple subject: what is it, sentences, exercises, summary

simple subject is one that has only one core. To identify a subject's core, it is necessary to lo...