Read more: What is underdevelopment?

What is vegetative growth?

The vegetative growth of a population describes the natural variation in the total number of individuals in a population set., and for that reason it is also called natural growth. It is measured by the difference between the number of births and the number of deaths recorded for that population in a given time frame.

It is important to remember that vegetative growth and absolute growth are not the same thing. The second accounts, in addition to births and deaths, the migratory balance, which is nothing more than the difference between the number of immigrants and the number of emigrants. Vegetative growth, on the other hand, does not take into account migratory movements for its calculation.

How to calculate vegetative growth?

Vegetative growth is calculated based on the difference between the birth rate and the death rate of a given population in a pre-established period of time.

Vegetative growth is the main responsible for the increase of Brazilian population in the last decades. However, the speed at which this phenomenon is occurring has gradually decreased as the country advances in the demographic transition process.

The main transformations in the Brazilian population took place from mid 20th century, when there was what we call population explosion. The Brazilian population grew a lot and at an accelerated pace as a result of the increase in the birth rate, driven by by the high fertility, and also the decrease in mortality, thus characterizing a vegetative growth positive. In 1950, Brazil grew at a rate of 3% per year, and, in the following decade, growth remained high, in the order of 2.9% per year.

From the 1970s onwards, the country began to experience a decrease in the vegetative growth of the population, although this growth has remained positive and remains so until the present. Factors such as urbanization, improvements in the health system and the entry of women into the labor market conditioned a reduction in fertility and, consequently, in the number of births. Deaths also declined over time, but to a lesser extent than births.

In 2000, Brazil had 21.1 births per thousand inhabitants and 6.9‰, resulting in a growth rate of 1.6% per year. Ten years later, births reached 15.8‰ and deaths 6.36‰, resulting in a slight drop in natural population growth. In 2020, there was a higher-than-expected increase in mortality due to the covid-19 pandemic, while births were less than expected. This resulted in less population growth in the year in question.

Vegetative growth in Brazil today is positive, slow and continues at a steady pace. However, IBGE projections indicate that, from 2047 onwards, mortality rates will be higher than the rates of birth rate, causing the Brazilian population to enter into a shrinking phase, a scenario experienced today by many countries developed.

Check out our podcast:Changes in Brazilian Demography

Vegetative growth of the world

The world population is growing today at a slower pace than it did 30 years ago. years old. The slowdown began to occur in the mid-1970s, which was due to the sharp drop in births and the decrease in the number of deaths on a global scale. United Nations projections indicate that from 2025 onwards, although vegetative growth will tend to keep positive, it should gradually decrease due to the increase in mortality compared to the birth.

When analyzing each continent in isolation, the large discrepancy between growth vegetative in regions that concentrate the largest number of underdeveloped countries, and in Africa, and in the most developed areas of the planet, like in North America and Europe. The former still register high natural growth due to the high birth rates that their countries have. In Europe, especially, the scenario is the opposite. Many European countries are currently experiencing very low birth and mortality rates increasing, which reflects in the gradual decrease of vegetative growth and aging populational.

studies of other demographic phenomena.as well as internal to this set and, based on this, make predictions about how evolution will occur observe the behavior of population growth rates over time The analysis of vegetative growth in a population set is important for

Let's not forget that natural growth is calculated based on the behavior of the other two indicators essential for the study of populations, which are mortality and birth rates, and which, directly and indirectly, reflects the economic and social development of a territory and especially the situation of its public health, thus expressing the living conditions of that population and allowing action plans, when necessary, and public and governmental policies are elaborated based on these information.

a) the aging of the population.

Resolution: Alternative B. The difference between birth and death rates is the way in which the vegetative or natural growth of a population is calculated.

2) (UFPB) The world population has been going through an accelerated urbanization process, which has resulted in significant changes in vegetative growth and life expectancy.

Considering the life expectancy and vegetative growth of the population of underdeveloped countries, especially emerging ones, it is correct to say:

a) The rural exodus led to greater urbanization, which made it grow together with the large cities in peripheral neighborhoods with high rates of infant mortality and crime, culminating in reduced life expectancy and growth vegetative.

b) The fertility rate for women is higher in cities, due to the increase in life expectancy and quality of life and the proximity to hospital centers, which increases vegetative growth.

c) The rural population has a higher life expectancy than the urban population, due to a lifestyle in harmony with the environment, lower levels of violence and healthier eating, boosting growth vegetative.

e) Urbanization has contributed to the increase in violence, especially in the periphery of the metropolises, largely reached young people, reduced life expectancy and nullified growth vegetative.

Resolution: Alternative D. The new way of life found in cities combined with significant improvements in health and sanitation services contributed to increase longevity and decrease the mortality rate, which reflected positively on vegetative growth.

Abstract noun: what it is, examples, uses

Abstract noun it's the kind of substantive which represents concepts that do not have a concrete ... 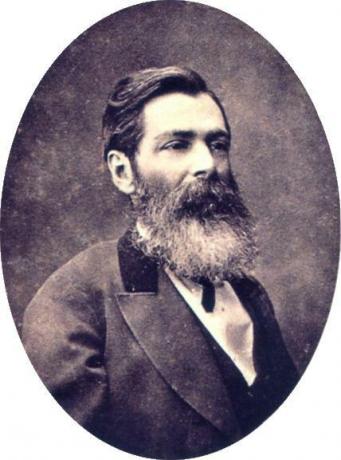 indian romance is a type of narrative produced by writers of the Brazilian romanticism, in the 19...

urban romance was a type of narrative produced by authors of the rbrazilian omanticism in the 19t...