Porto Velho is the capital of the state of Rondônia, which is in the North region of Brazil. The city was formed after the construction of the Madeira Mamoré Railroad, founded in 1907. It has an area of ​​over 34,000 km² and borders with Bolivia, in addition to other municipalities in the territory of Rondônia, Amazonas and Acre. The climate in the city is the super humid Tropical, and its relief is composed mostly of plains. It currently has 539,354 inhabitants, and has its economy centered on the tertiary sector and in extractive industry activities.

Read too: What are the state capitals of Brazil?

See too: Macapá – only Brazilian capital crossed by the Equator Line

Porto Velho is the capital of the state of Rondônia, located in North region from Brazil. The city occupies an area of ​​approximately 34 thousand km², which is equivalent to 1.89% of the entire territory of Rondônia, being, therefore, the largest in size in the state. Porto Velho is located in the northern portion of Rondônia, on the left bank of the Madeira River, making border with municipalities in the state of Amazons, of Acre and six other cities in Rondônia. To the southwest, the city borders the Bolivia, thus being the only Brazilian capital with international currency.

Since 2015, with the municipality of Candeias do Jamari, on its southeastern border, it forms the Metropolitan Region of Porto Velho.

The predominant climate in Porto Velho is the Tsuper humid tropical. It is characterized by high relative humidity and also by high temperatures throughout the year, with averages of 26.5°C. Annual rainfall exceeds 2000 mm, with a short dry period, which lasts from June to August. This interval also corresponds to the milder temperature months, which is around 24 ºC.

The city of Porto Velho is located in a plateau region, part of the Brazilian Central Plateau, according to the classification established by Aziz Ab’Sáber, close to the transition to the plains and Amazonian lowlands. The lowest altitudes are located near the plain of the Madeira River, while the rest of the city presents terrain that varies from flat to gently undulating.

the biome Amazon covers the entire state of Rondônia, including its capital, Porto Velho. Areas covered with open rainforests, transition forests and floodplain forests are found in the municipality. In addition, areas of environmental protection and conservation were established, such as parks and ecological stations.

O rio Madeira is the main watercourse that bathes the city of Porto Velho. Also noteworthy are the Abunã, Ji-Paraná, Jacy-Paraná, Mutum-Paraná and Candeias do Jamari rivers.

The city of Porto Velho extends across the north and northwest of the state of Rondônia, as shown on the map below.

Porto Velho is the most populous city in Rondônia and the third with the largest population in the North of the country, only behind Manaus it's from Bethlehem. It has 539,354 population, according to the estimates of the IBGE for 2020, which means that 30% of the people of Rondônia live in the state capital. Among the capitals, Porto Velho occupies the position of number 21 in terms of population. Furthermore, the capital of Rondônia appears as the 45th most populous municipality in Brazil.

Being one of the largest cities in the country, with more than 34 thousand km², Porto Velho has a population distribution of 12.57 inhab./km² (IBGE, 2010), thus being sparsely populated. Despite this, it has a higher population concentration than that of the state of Rondônia, which is 6.58 inhabitants/km². According to data from the last census, 91.18% of Porto Velho residents lived in the urban area, with 8.81% living in the rural area.

Most residents of the capital of Rondônia, 61.76%, declare themselves brown. Its population is also composed of 29.02% white, 7.1% black, 1.76% yellow and 0.33% indigenous. The large presence of migrants stands out, making up, at the time of the last Census, 11% of the population of Porto Velho. International migrants mainly originate from Portugal and South American countries such as Bolivia.

Check out our podcast: Aging population and economy

The city of Porto Velho is composed of 71 neighborhoods. These are divided into planning zones, which are numbered from 1 to 5, in addition to those that have not been defined or have no law of creation. Porto Velho neighborhoods are also grouped by districts, which are currently 16.

Porto Velho has aGross Domestic Product (GDP) of BRL 16.64 billion, the highest value for the state of Rondônia and also one of the highest in the North region, second only to the capitals of Amazonas and the For. Taking into account the group of Brazilian cities, the economy of the capital of Rondônia is in 59th place, as indicated by IBGE data for 2018.

Similar to what is possible to observe in several Brazilian capitals and cities, most of Porto Velho's GDP comes from tertiary sector, that is, services and commerce. The share corresponding to these activities, with the exception of the public sector and administration, is 45.87%. In addition to traditional trade and the provision of services, the growing importance of tourism in the region stands out.

The city and other nearby municipalities in Rondônia concentrate the industrial activities of the state. At the municipal level, the activity secondary accounts for 26.56% of its GDP. Companies located in Porto Velho operate in areas such as lumber and furniture, food and civil construction.

Mineral extraction, with emphasis on cassiterite and gold, and vegetable has great relevance for Porto's economy, as well as the fishing activity. Agriculture, in turn, accounts for 4.03% of the municipal GDP, with an emphasis on the production of sugarcane, açaí, corn, soy, cassava, banana and coffee.

The government of the municipality of Porto Velho is of the representative democratic type. This means that the population of Porto Velho elects its representatives, a process that takes place through municipal elections. O Mayor is the head of FOROder ANDlocal executive. The legislative branch is the City Council, composed of 21 councilors.

Porto Velho is also the political and administrative center of Rondônia, playing the role of state capital. The seat of the state government is located at Palácio Rio Madeira.

Most of the homes in Porto Velho are located in the urban area of ​​the municipality.. As IBGE data indicate, there are some structural problems with regard to access to major urban services. The last Demographic Census that carried out the mapping of the city provides information that 42.8% of households have adequate sanitation and 37.6% have access to water through the general network (the remainder through wells and springs or other ways). The electricity network, in turn, is more comprehensive and serves 98.2% of households in Porto Velho.

Road transport is the main mode used to connect the capital of Rondônia with other Brazilian states and municipalities, and also with the Bolivian territory, located west of Porto Velho. Among the roads are the federal highways BR-364 and BR-425.Waterway transport takes place through the Madeira Waterway, which is an important means of transporting goods in the North of the country. The municipality is also home to the main airport in Rondônia, which is the Porto Velho International Airport.

See too:What are the problems with public transport?

Although it is a relatively young city when compared to other Brazilian capitals, Porto Velho presents a rich culture, which manifests itself in the most varied ways, as well as through the handicrafts, music, dances and traditional festivals, which make up the events calendar in the capital of Rondônia. Among them, the following stand out:

The old Madeira Mamoré Railroad became a museum, which recounts a part of the history of the North region of Brazil, and is also part of a tourist itinerary that is carried out by boat on the Madeira River.the markets ÇCultural and Central of Porto Velho are also tourist attractions. from the city, the first with shows, book launches, shops, art exhibitions, and the second with traditional Northern Brazil goods, fish, handicrafts and other items.

The city also has the Rondonian Memory Museum and the Indigenous Cultural Center, turned, respectively, to the history of that state and to its traditional population.

The history of the capital of Rondônia began with the construction of the Madeira Mamoré Railway, which gave rise to the first settlements formed in the region in 1907. Its foundation was attributed to the Madeira Mamoré Railway Company, which happened on July 4th of that same year, even against the will of the administrators, who did not welcome the occupation of a space considered to be private. The creation of the municipality of Porto Velho, in turn, dates from October 2, 1914. Two months later, the city's first rulers were appointed.

The urban space of Porto Velho was, from then on, gradually becoming broader and more instrumental.. The 1930s were marked by grand openings and the installation of important highways that would connect the city with other cities in the North and in the Midwest region from Brazil.

In 1943, the city was elevated to the category of capital from the then federal territory, which was renamed the federal territory of Rondônia, in 1956. After becoming a state, capital status was maintained, which was in 1981. Porto Velho is today the most populous city in Rondônia and the state's economic center. 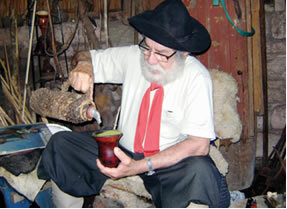 Cultural Aspects of the Southern Region

The southern region of Brazil comprises the states of Rio Grande do Sul, Paraná and Santa Catarin...

Economic History of the North Region: from the 20th century to the present day

Since the period corresponding to European colonization, the North region represents an area of ​... 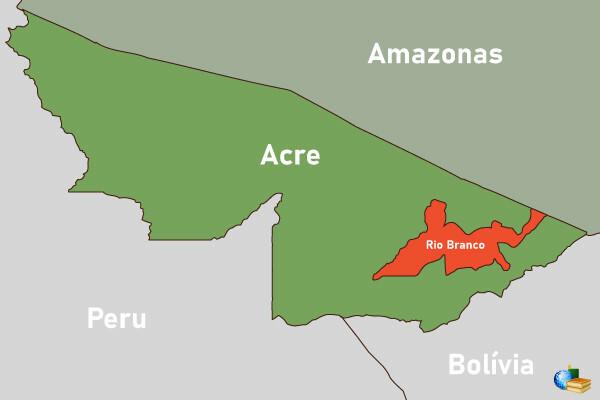 The city of Rio Branco is the capital of the state of Acre, unit belonging to North region of Bra...