Guerra dos Farrapos: understand all the stages of the Farroupilha Revolution

The Farrapos War, also called the Farroupilha Revolution, was a civil war started September 20, 1835 and that opposed to rural gaucho elite to the imperial government. It was the most enduring civil war in Brazilian history.

The main reason for the revolt was the heavy taxes levied by the government, which made some products from the state of Rio Grande do Sul, especially jerky (dried meat), uncompetitive in the domestic market.

led by the military Bento Gonçalves (1788-1847), the revolt began with the invasion and conquest of Porto Alegre, then capital of the Province of São Pedro do Rio Grande do Sul.

There were nearly 10 years of conflicts and attempts at negotiation, until on March 1, 1845, the Green Punch Treaty, which sealed peace between the Farroupilhas and the central government. Rio Grande do Sul was definitively integrated into the national territory, and some of the rebels' demands were met, among which the higher taxation of foreign jerky.

War of the Farrapos in chronological order

There was great discontent among the ranching elite in Rio Grande do Sul with the national government. Among the causes of the conflict, the following stand out:

As the demands of the ranchers from Rio Grande do Sul were not met, the revolt broke out on September 20, 1835. The military force of the Farroupilhas was formed by inhabitants of the province (among which were peons and enslaved blacks) recruited by the militia chiefs.

The conflict began with the taking of Porto Alegre and the removal of the president of the province. In July of the following year, imperial troops recovered the city.

The victory in Battle of Seival was one of the biggest assets of the farroupilhas. The combat took place in the municipality of Bagé and represented an important reaction from the people of Rio Grande do Sul, who had suffered some defeats, including the loss of Porto Alegre to the Empire.

The victory in Seival, led by General Antônio Netto (1803-1866), opened the doors for the proclamation of the Rio-Grandense Republic.

Proclamation of the Rio-Grandense Republic (September 11, 1836)

After the victory in the Battle of Seival, the Farroupilha rebels, led by Netto, proclaimed the Rio-Grandense Republic, also called the Republic of Piratini, as it was based in the village of Piratini. Until 1845, there were two more capitals: Caçapava (1839-1840) and Alegrete (1840-1845).

With the creation of a nation-state, the farroupilha revolt gains separatist contours. The first president of the Rio-Grandense Republic was Bento Gonçalves, who ended up being imprisoned in the Battle of Fanfa, in October 1836. Who assumed the interim presidency of the republic was José Gomes Jardim (1773-1854).

After the Battle of Fanfa, the farroupilha leader Bento Gonçalves was taken to Rio de Janeiro, where he was imprisoned for several months.

It was in prison that he met the Italian Giuseppe Garibaldi (1807-1882), who was in exile in Brazil. Garibaldi had been sentenced to death in Italy for participating in a republican conspiracy.

After an attempt to escape, Bento Gonçalves was sent to Salvador. There, on September 10, 1837, he manages to escape from prison. Back in Rio Grande do Sul, he finally managed to assume the presidency of the newly founded republic.

In 1839, the farroupilhas manage to extend the revolt beyond the gaucho borders. Under the leadership of Garibaldi and General David Canabarro (1796-1867), republican troops take Laguna, in Santa Catarina, and proclaim the Julian Republic (name that refers to the month in which the event took place).

The movement was unable to extend its domains to other points in the province of Santa Catarina, in particular the island of Desterro (currently Florianópolis). Without the support of the local population and suffering from the blockade imposed by the Empire on the port of Laguna, the movement was defeated in November 1839. The defeat at Laguna marked the beginning of the farroupilha decline.

In 1840, D. Pedro II assumes the leadership of the Empire. Amnesty is granted to the rebels of the Regency Period (1831-1840), but most Farroupilha leaders do not accept the surrender.

In 1842, Luís Alves de Lima e Silva, later become Duque de Caxias (1803-1880), is nominated for the post of commander of arms of Rio Grande do Sul with the clear mission to quell the revolt. In 1843 alone, there were 19 combats, most of which had a positive outcome for the imperial army.

The fights still go on until 1845, with successive Farroupilhas defeats. One of the saddest episodes of the entire war was the Massacre of Porongos, a ambush carried out by imperial soldiers that resulted in the death of hundreds of black soldiers.

There was a large participation of enslaved black men in the Farrapos War. The Farroupilha leaders co-opted enslaved with the promise of freedom in case of victory.

There is still a lot of controversy about what would have happened in Porongos. One of the versions guarantees that there was a betrayal of General David Canabarro, interested in facilitating negotiations with the imperial government.

On March 1, 1845, conditions were created for the signing of a peace agreement, which became known as the Ponche Verde Treaty.

Although not all the clauses of the agreement were fulfilled, the Rio Grande do Sul landowners achieved two important things:

However, the promise that the nomination of the president of the province would be made by the gauchos themselves was not fulfilled. The liberation of the enslaved who fought alongside the rebels was also not accomplished. Part of them was returned to their former owners. 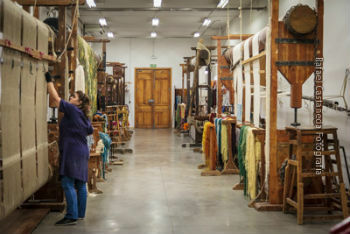 O enlightened despotism it was a form of government inspired by some principles of the European E... 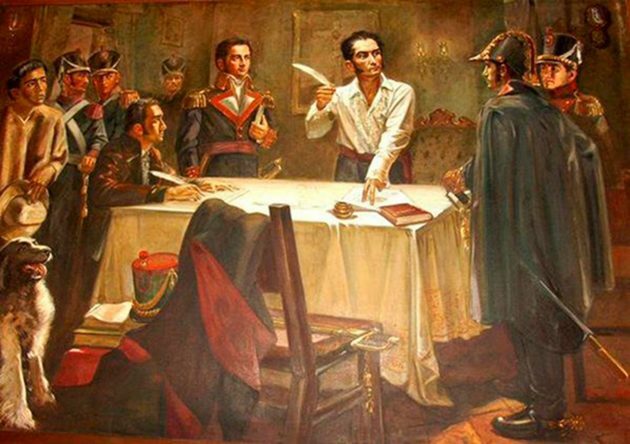 THE Independenceof the Spanish colonies in America it took place after nearly 300 years of coloni... 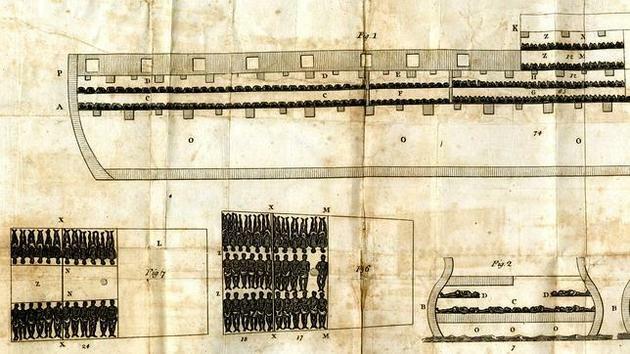 Slaveship it was the name by which the boat that transported blacks destined for slave labor on t...