Sex-linked inheritance refers to genes located on sex chromosomes that are involved in trait determination.

XY chromosomes have small homologous regions at their ends. Thus, there is practically no recombination between their genes.

Genes located on the X chromosome that have a corresponding allele on the Y chromosome, follow the pattern of sex-linked inheritance.

The types of sex-linked inheritance are:

When the altered gene is on the X chromosome. This type of inheritance has the recessive pattern.

And the maternal inheritance. In this case, male offspring inherit genes from the X chromosome only from the mother. Meanwhile, female daughters inherit one from the father and the other from the mother.

Manifestations will be present in males as they have only one X chromosome, that is, they do not have any normal gene for that trait.

Some diseases related to the X chromosome

O color blindness it is the inability to distinguish red and green colors. It affects 5% to 8% of men and 0.04% of women. 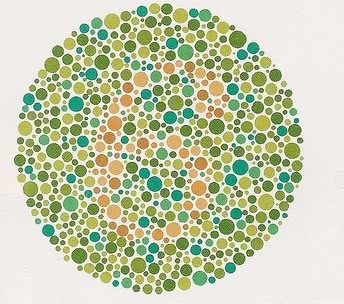 The colorblind person cannot differentiate the colors of the image

It is determined by a sex-linked recessive gene, being represented by the X alleled . The dominant allele XD conditions normal vision.

A woman will only be color blind if her father is and if her mother carries the recessive allele.

Affected men pass the gene on to all their daughters, while sons are unaffected.

There is a 50% chance that the carrier mother will pass on the affected gene to a son or daughter.

Hemophilia is an inherited disease in which there is a failure in the blood's clotting system. Those affected by the disease have profuse hemorrhages, even in small wounds.

This anomaly is conditioned by a recessive X geneH linked to sex. Your dominant allele XH conditions normality.

Hemophilia is more common in men and rare in women.

If a hemophiliac man has children with a woman without hemophilia (XH XH), the children will not have hemophilia. However, the daughters will carry the gene (XH XH).

This type of inheritance corresponds to the few genes located on the Y chromosome, called Dutch genes. These genes are inherited from father to son.

An example of a Dutch gene is the SRY, responsible for the differentiation of the testes in mammalian embryos.

An example of sex-restricted inheritance is the hypertrichosis, which is characterized by the presence of thick and long hair on male ears.

This type of inheritance occurs when some genes are expressed in both sexes but behave differently in men and women.

An example of this heritage is the baldness. The gene that conditions this characteristic is found in an autosomal allele and behaves as dominant in men and recessive in women.

For a woman to be bald, she must be homozygous recessive. Meanwhile, the male needs only one dominant allele.

This difference in behavior is due to each individual's hormonal environment.

1. (UFRS) Leandro, worried about the possibility of becoming bald, consulted a friend who was studying genetics. She said that although her parents were not bald, her maternal grandmother was. In the maternal grandfather's family, there was no history of baldness. His friend explained that baldness is a characteristic influenced by sex and that it is expressed in men as homozygosis and heterozygosis and in women, only in homozygosis. So he concluded that the chance of Leandro becoming bald was 50%. This conclusion is based on the fact that:

a) your mother is heterozygous.

3. (UFMG) - The following propositions are in agreement with the transmission of recessive gene linked to the X chromosome, EXCEPT

b) All female children of an affected man married to a normal woman are affected.

4. (UFMG) - Hypophosphatemia with vitamin D-resistant rickets is a hereditary anomaly. In the offspring of affected men with normal women, all girls are affected and all boys normal. It is correct to conclude that the anomaly in question is:

b) determined by a sex-linked dominant gene. 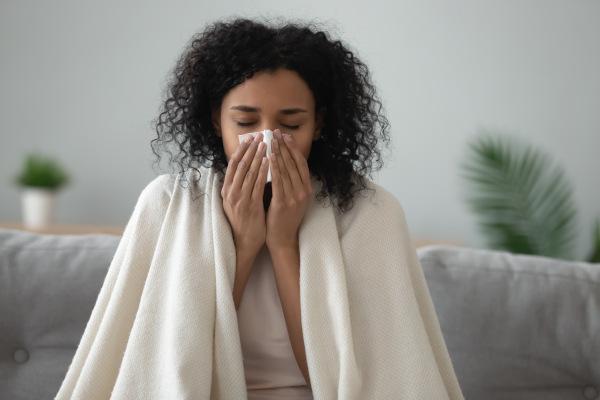 Flu vaccine: composition, when it is applied

THE vaccine Against the the flu it is an important weapon against this disease, which kills sever...

The skin it is the largest organ in the human body, covering about 7500 cm2 of an adult individua... THE Genetics it is a part of biology that mainly studies how the transmission of characteristics ...