World War II: Summary and Phases of the Conflict

It is estimated that the total cost of World War II reached 1 trillion and 385 billion dollars.

Among the factors that led to World War II is Germany's discontent with the outcome of World War I (1914-1918).

Germany was declared the only one guilty of this conflict, had its Armed Forces reduced and had to pay indemnities to the winners.

This caused economic weakness, high inflation and accumulation of social problems. In the 1920s, radical movements such as Nazism, led by Adolf Hitler, emerged that conquered part of the population.

Hitler defended nationalism, the idea that the Aryans were a superior race and the others should be submitted or eliminated, especially the Jews, considered guilty of all evils. This generated the so-called Holocaust, which was the industrial scale murder of this people.

The conflict can be divided into three phases:

The battlefront was formed by the Axis nations (integrated by Germany, Italy and Japan) and the Allied countries (Great Britain, Soviet Union and United States).

Brazil declared war on the Axis on August 22, 1942 and sent soldiers to Italy in 1944. In addition, the United States used an air base in Natal/RN.

The first phase of World War II occurred with the invasion of Poland by Germany in 1939.

In an attempt to stop the incursions of German Chancellor Adolf Hitler (1889-1945), the governments of France and Great Britain imposed economic blockades on Germany. However, they did not come to direct conflict.

Effective on the battlefield, Germany carried out in 1940 an operation in which it combined land, air and naval attacks to occupy Denmark.

The German army also took over Norway as a way of safeguarding the steel trade with Sweden and taking a stand against Great Britain. For this purpose, the Norwegian port of Narvik was occupied.

In May 1940, Hitler ordered the invasion of Holland and Belgium, and once these countries were occupied, the Nazi troops headed for France and managed to subdue it.

France signs the armistice with Germany on June 14, 1940 and is divided into two areas: one administered by the Germans and the other by Marshal Petáin, who collaborated with the Nazis.

Hitler turns his eyes to Great Britain, and on August 8, Germany bombed British cities with the Luftwaffe, the German air force. Although they were outnumbered, the British Air Force (RAF) managed to neutralize the attack and the government of Great Britain ordered incursions on German soil.

This was Adolphe Hitler's only defeat in the first phase of the war and allowed the Allies to replenish their forces.

The following year, in 1941, Hitler's army arrived in Libya, in North Africa, with the objective of conquering the Suez Canal. In May of that same year, Yugoslavia and Greece were occupied by Axis troops.

The balance of forces characterizes the second phase of World War II. This stage begins in 1941 with the invasion of the Soviet Union by the Germans and ends in 1943 with the capitulation of Italy.

The conquest of the Soviet Union was intended to occupy the regions of Leningrad (today St. Petersburg), Moscow, Ukraine and Caucasus.

The entry of the German army took place through Ukraine and later on to Leningrad. When Hitler's forces arrived in Moscow in December 1941, they were contained by the Red Army.

Battles in the Pacific

Parallel to the conflict in Europe, the forces of Japan and the United States had strained relations.

Before the war, in the 1930s, Japan invaded China and in 1941, French Indochina. As a result, in November of that year, the US enacted a trade embargo on Japan, demanding the eviction of China and Indochina.

Amid diplomatic negotiations between the US and Japan, Japan bombed the naval base at Pearl Harbor, Hawaii, and continued the offensive against the Americans in South Asia and the Pacific. In the face of the attack, the United States declared war on Japan.

The Japanese invaded British Malaysia, the port of Singapore, Burma, Indonesia and the Philippines. In the midst of tension, Japan occupied the port of Hong Kong and islands in the Pacific Ocean that belonged to Great Britain and the United States. Furthermore, Germany and Italy declared war on the United States.

Until January 1942, the Japanese offensive had resulted in the conquest of 4 million square kilometers and the command of a population of 125 million inhabitants.

The turning point: German defeat in the Soviet Union

The Second World War scenario begins to change towards the end of 1942, when the Allies become successful against the Axis attacks. The Battle of Stalingrad marks this phase, altering the course of the conflict.

Japan suffers important defeats in the Pacific, being prevented from conquering Australia and Hawaii.

British and American forces are also successful in Libya and Tunisia. From North Africa, the Allies landed in Sicily and invaded Italy in 1943.

After the capitulation of Italy, World War II entered the third phase, which ended with the surrender of Japan in September 1945.

In Italy, the government of Benito Mussolini (1883-1945) was deposed by King Vítor Emanuel III in July 1943. In the north of the country, the Republic of Saló is proclaimed, a State recognized only by the countries of the Axis. In September of the same year, Italy signed an armistice with the Allies.

After that point, Italy changes sides and declares war on Germany in October 1943. In April 1945, after the capture of Nazi forces in Italy, Mussolini tried to flee to Switzerland, but was arrested and shot by the resistance.

The siege of Germany materializes with the fall of Italy. In parallel, in 1944, the Soviets liberated Romania, Hungary, Bulgaria and Czechoslovakia.

On June 6 of that year, the Day D, as the landing of the Allied army in Normandy (France) is called, which provokes the retreat of the Germans and the liberation of France.

Still in Europe, the Soviet Army liberated Poland in January 1945, conquered Germany and defeated the Third Reich. On May 8th, the conflict ends in Europe.

In the Pacific, the United States put pressure on Japan and at the end of 1944, conquered the Marshall Islands, Carolinas, Marianas and the Philippines. Burma is conquered in 1945 and the island of Okinawa is occupied.

With no prospect of capitulating, Japan suffers the worst war offensive of World War II. On August 6, 1945, the United States drops an atomic bomb on Hiroshima and on August 9 it does the same on Nagasaki

Japan's surrender is signed on September 2, 1945, putting an end to the conflict in the Pacific.

Initially, Brazil remained neutral in the war, but faced with the bombardment of Brazilian ships, Getúlio Vargas' government declared war on the Axis.

Participation was the responsibility of the FEB (Força Expedicionaria Brasileira), formed on August 9, 1943 and made up of a contingent of 25,445 soldiers, remaining in combat for seven months.

Germany was not declared guilty of the war, as in the previous conflict, but went through a profound process of ideological purification.

European countries were destroyed and their population reduced. Only with American help, through the Marshall Plan, European reconstruction was possible.

The creation of an international forum, the United Nations (UN), was also implemented, which would be a diplomatic instrument between nations to prevent war.

However, the big winner of the dispute was the United States, which did not have its territory invaded (except Hawaii). In this way, the country did not accumulate large material losses, compared to European countries.

Europe was also divided into two economic blocs according to the country that liberated and occupied the nations. Eastern European countries such as Poland, Hungary and Romania had come to be influenced by the Soviet Union and built governments of a socialist character.

Countries such as France, Belgium and Holland, on the other hand, found themselves occupied by the United States and inaugurated the era of the Welfare State.

The confrontation between the two ideologies marked the entire world and was known as the Cold War.

We have more texts on the subject for you: 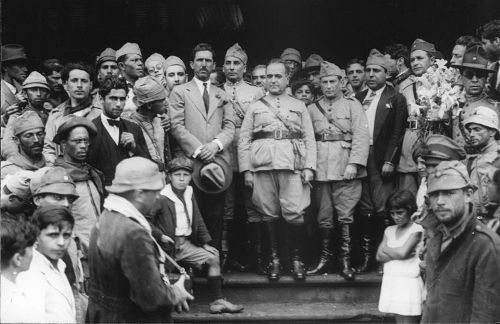 How many coups d'etat have there been in Brazil since independence?

Brazil only became a sovereign nation, in fact, with the Independence, declared in September 7, 1...

With a territorial extension of 1,141,748 square kilometers, Colombia is inhabited by approximate... 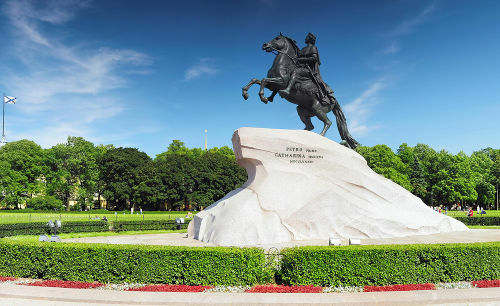 THE city ​​of Saint Petersburg is the second largest city in Russia, with about 5.3 million inhab...