The water crisis is a result of low water levels in reservoirs, when they should be at normal levels to meet the population's needs.

In Brazil, the lack of water became more serious as of 2014. At the time, the Southeast region was the main affected. The current water crisis in Brazil is considered the worst in history.

Although Brazil has almost a fifth of the world's water reserves, the lack of water is a reality in several regions of the country. Some studies indicate that episodes of lack of water resources are likely to repeat in the coming years.

Furthermore, water is not evenly distributed in the Brazilian territory. For example, the North region concentrates most of the country's water reserves, while it is the region with the lowest population density.

In the Southeast and Northeast, where most of the population and industrial activities are concentrated, there are few water reserves.

There are several causes for the lack of water in Brazil, the main ones are:

despite the Water possessing renewal capacity, its consumption is still greater than this capacity.

In Brazil, the increase in water consumption is due to population, industrial and agricultural growth.

To give an example, according to the National Water Agency (ANA), of every 100 liters of water consumed, 72 are used in agricultural irrigation.

As we have seen, a large part of water consumption in Brazil is due to irrigation in agriculture. However, the sector is also one of the most responsible for the waste of water.

O logging at Amazon rainforest it is also directly related to the lack of rain in the country.

But what is the relationship between the lack of rain and the Amazon?

This is due to the dynamic phenomenon of "flying rivers" that bring moisture to various regions of South America.

The process takes place as follows:

The Southeast region was the most affected by the water shortage crisis in 2014 and 2015. The Cantareira system, in São Paulo, was the one that suffered most from the drought. It serves more than 9 million people.

The system's capacity is 1.46 trillion liters, of which 973 billion constitute the so-called "useful volume". This volume corresponds to the accumulated water reserve above the level of the floodgates. It was this volume that sold out in 2014.

Then, the so-called "dead volume" was used, which is located below the level of the floodgates and which had never been used. In 2016, the volume of the Cantareira system began to return to normal.

The reservoirs in the states of Rio de Janeiro and Minas Gerais also presented worrying levels.

The Northeast region is also facing the water crisis, even longer than the states in the Southeast region and which has lasted until now.

While the Southeast region has recovered water levels from its reservoirs, the Northeast is affected by the worst drought of the century. This situation led several northeastern cities to declare a state of emergency or public calamity between 2015 and 2017.

Among the consequences of the water crisis in Brazil are:

To face water scarcity, some attitudes must be adopted. Actions involve the governmental, community and individual level. Are they: 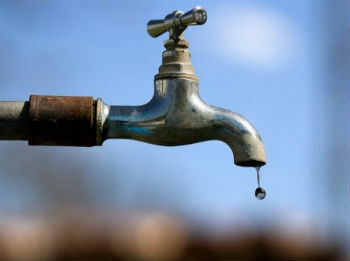 The water crisis is a result of low water levels in reservoirs, when they should be at normal lev... 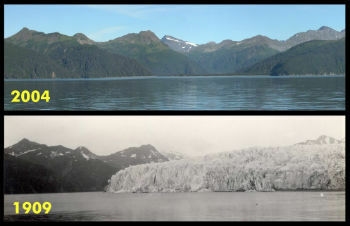 Global warming: what is it, summary, causes and effects

Global warming corresponds to the increase in the average terrestrial temperature, caused by the ... You extinct animals they are those that have disappeared from planet Earth for various reasons, w...