It's good to be together again to learn a little more, isn't it? Well, let's make the most of this meeting of ours, and do you know what subject we are going to discuss? It's simple, simple...
We'll talk about the utterance verbs that certainly remind you of something, wouldn't you agree?
If you haven't, it doesn't matter, we'll remember it all over again. When we know the characteristics of the narrative text, we know that the narrator tells us everything that happened in different ways. Sometimes he just reproduces the characters' lines, the way they really are, or, in some situations, he it transmits indirectly, that is: behaving as a true spokesperson, it reports everything that happened through its words. 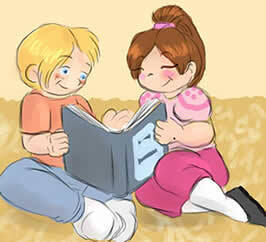 Thus, when the speech is reproduced directly (with the actual transcription of the speeches), there is the occurrence of these utterance verbs, exactly to indicate the attitudes of the participants of the story. So, so that we can understand it better, notice the following example:
during dinner mom

instagram story viewer
He asked:
- Guess what we'll have for dessert?
All replied:
- It will definitely be that wonderful chocolate ice cream!!! 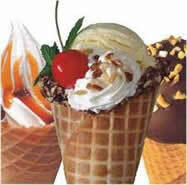 As you could see, the verbs that are underlined reveal what the character will do at that moment, it can be an exclamation, a request, a question, among many others procedures. That is why they are called so, because the word “utterance” means the expression of thought by oral or written words, according to the dictionary.
Everything we've learned so far was of fundamental importance, but we still have to know some examples of these verbs. So, let's look at some:
say (affirm, declare, affirm, etc.)
exclaim (scream, shout, scare, among others)
deny (dispute)
order (send, request, advise)
ask (request, beg)
ask (interrogate, inquire, question)
answer (retort, reply)...
There is also another detail that also refers to the elocution verbs – the position in which they can be found in the story, that is, before, in the middle or after the character's speech. Let's see some examples?
* Before speaking:
During dinner Mom asked:
- Guess what we'll have for dessert?
* After the speech:
- It will definitely be that wonderful chocolate ice cream!!! - Said the kids.
* In the middle of speech:
- It will definitely be that wonderful chocolate ice cream!!! - Said the kids - We'll devour him in a moment. Courtesy words and expressions... Does this matter catch your attention? Certainly yes, as it is ...

Have you ever stopped to observe how certain expressions are used in speech? We already know that... 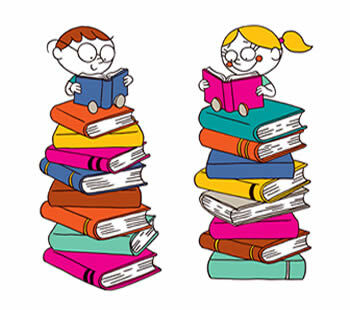 How about we figure out a better way to make our learning even easier, huh? Well then, answer thi...