Anthropology is a branch of the social sciences that studies the human being and its origin in a comprehensive way. Through studies on physical characteristics, the culture, a language and the constructions of the human being, the anthropologist will seek to determine, based on specific social groups, how human beings were formed to the point of becoming what they are in their communities.

See too: Emergence of sociology: historical context and influences

The word anthropology comes from the Greek language, the root "anthropo" comes from antrophos (man) and "logy" comes from logos (reason or, in a specific sense, study). Anthropology is, when we translate the word literally, the study of the human being in its broadest aspect.

instagram story viewer
establishing (like the story) a study of the past to understand what these origins were. this is done physically or biologically, socially, culturally and even linguistically, depending on which strand of anthropology studied and which anthropological method used.

What does anthropology study?

Anthropological studies seek to understand how peoples lived, how human beings were formed and how human culture developed. In this way, the anthropologist seeks the work of immersion in a given society, in order to observe and outline theories about the cultural or physical constitution of individuals in that society.

Also know: Differences between humans and other animals

anthropology emerged as a tool of sociology to understand the differences ethnic of human beings. In the nineteenth century, in the studies of history and geography contemporary, sociology and anthropology emerged with a very specific objective: serve as a means of aid for the capitalism industrial.

THE industrial expansion that Europe lived in the 19th century placed a new need for the European economy: the search for natural resources that would serve as raw material for production. To satisfy this search, the European powers, in particular England, France and Germany, initiated a new colonization process From undeveloped countries located in Africa, Oceania and Asia and that they had natural resources in abundance.

In the 15th century, during European colonialism led mainly by Portugal, Spain and England, the justifications for colony domination and of the people who lived there and the justification of slavery they gave themselves for religion: Europeans harbored the belief that they should colonize the pagan territories and lead the christianity to those places, for that would be the way for the salvation of those peoples.

Furthermore, Europeans believed there was a divine predestination that allowed them to dominate peoples who, in their view, were backward. Many navigators who participated in this first colonization movement wrote accounts considered anthropological documents from a pre-scientific period, that is, from when anthropology was not yet a well-constructed science.

In the nineteenth century, European intellectual society no longer blindly believed in religion, because science had taken a prominent place in it. In this moment of intense colonization, in order to obtain resources for the industry, the Europeans had to justify their actions in a scientific way. To do so, arises a first movement of anthropology as part of sociology studies that aimed to analyze and classify human beings of different ethnicities.

The first anthropological studies were extremely ethnocentric, that is, they analyzed different cultures from the point of view of a person immersed in European culture. With this, the Europeans aimed to show that their culture and development were superior to those of other societies, placing colonization as a necessary movement of civilization for those societies that, in this point of view, were delayed.

Thus, anthropology first appears as a part of sociology and then it becomes an autonomous human science, strongly related to sociology, but with its specificities. We can say that sociology studies society and analyzes it in the present tense. Anthropology, on the other hand, studies the human being and analyzes him in the past to understand his most primitive formations.

Read more: Émile Durkheim: one of the founders of sociology

Evolutionary anthropology was the first movement of anthropological studies led by English anthropologist and biologist Edward Burnett Tylor and geographer and biologist Herbert Spencer. For these first anthropologists, the theory of evolution, in Charles Darwin (on the rise in nineteenth-century European intellectual society) could be applied to the formation of societies.

In this way, just as animals developed biologically, some evolved and became more apt to the environment, the culture had also evolved because some human beings were supposed to have evolved more. Then comes the ethnocentric notion of race, who claimed that some “human races” were superior to others.

too the notions of superior culture and inferior culture arise, being that the measurement standard of such was that of the European culture itself. With this, the idea that the European culture developed by the white man was superior and that the cultures developed by people of other ethnicities were inferior was not surprising. For evolutionists or social Darwinists, the fact that there were different hierarchical levels of cultural development evidenced the justification for the domination of “inferior” peoples by “superior” peoples.

Anthropology is the science that studies human cultural diversity, wherever or whenever it is, co... 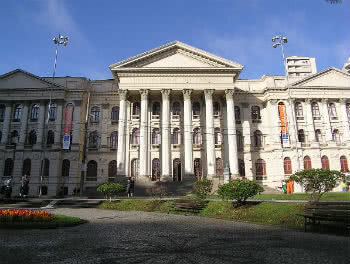 Material and Intangible Culture represent the two types of cultural heritage, which together cons... 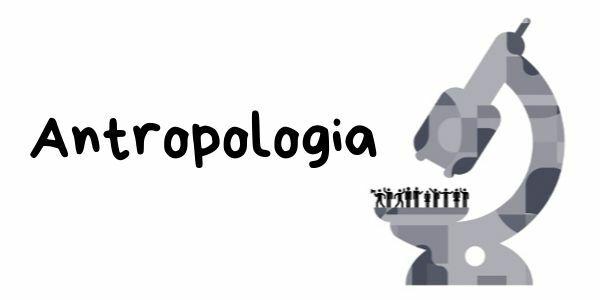 Anthropology is a branch of the social sciences that studies the human being and its origin in a ...