The most important sporting events in the world, such as the Olympics and world championships, have specific symbols for each edition. In the case of the Soccer World Cup, there is an official poster, mascot and a ball made especially for the event. These symbols depict characteristics of the countries or cities that host the games. Below we list the symbols of the 2014 World Cup, their meanings and some interesting facts about the event that will take place in Brazil in June and July.

Poster
The official 2014 World Cup poster or poster design (pictured above) is a ball match between two players represented only by their legs, and the outline forms the map of Brazil in the center. The illustration is formed through the union of several symbols that represent the natural beauty and Brazilian history. The poster was chosen by a FIFA judging committee.

Mascot
Fuleco is a 14-year-old armadillo, with a yellow body, green shorts, blue carapace and a white t-shirt, forming the colors of the Brazilian flag. The armadillo is a typical animal of the country, found in savannas, open savannas and places with dry vegetation. This species of armadillo has the ability to curl up into the shape of a ball, the main object of football.

Ball
The official ball of the 2014 World Cup is called Brazuca, a name chosen after popular voting over the internet. The other names were Bossa Nova and Carnavalesca. The colors and design of Brazuca symbolize the “little ribbons” of Senhor do Bonfim, whose tradition says that a wish is granted when the ribbon breaks from the arm. Tickets
Ticket prices for the 2014 World Cup matches range from R$30 to R$1,980, for Brazilians, and from 90 to 990 dollars for foreigners. The cheapest tickets refer to half price for Brazilians who live in the country and who are students, the elderly (over 60 years old) or participants in the Bolsa Família program. The most expensive ones are to watch the final from the stadium seats with a better view and/or closer proximity to the field.

Stadiums
Twelve stadiums were built or renovated for the World Cup in Brazil, nine public and three private. Maracanã, in Rio de Janeiro, is the stadium with the largest capacity for spectators: 73,531, according to FIFA data. Arena da Baixada, in Curitiba, has the smallest capacity among the twelve stadiums: 41,456 people.

Spending
The 2014 World Cup is the most expensive in history. According to the Federal Court of Accounts (TCU), nearly R$26 billion were spent on works for the event, around R$8.3 billion from federal financing, BRL 6.3 billion in direct federal resources, BRL 4 billion in state, BRL 1 billion in municipal and BRL 4 billion in others sources. The work on the stadiums cost R$ 8 billion, more than the value of the 2006 and 2010 World Cups combined.

protests
The Federal Government and FIFA fear that protests will take place during the period of games. In 2013, the Brazilian population took to the streets to protest against various themes, the World Cup being one of them. During the Confederations Cup, in June 2013, there were protests outside some stadiums, causing tension before the games. FIFA wants the Government to take measures so that the public is not prevented from attending the stadiums.

Population
The majority of the Brazilian population is against hosting the 2014 World Cup, according to survey commissioned by CNT (National Transport Confederation) to the MDA institute. Among those interviewed, 50.7% would not support Brazil's candidacy, 26.1% are totally in favor and 19.7% partially defend the holding of the event. The survey also found that 85.4% of respondents believe that there will be protests during the World Cup.

by Adriano Lesme
Graduated in Journalism 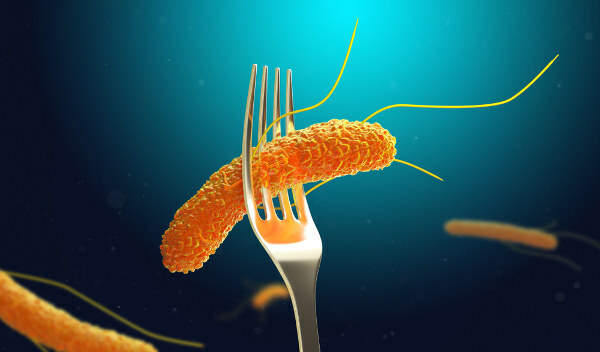 Salmonella (salmonellosis): what is it, reactions, prevention

salmonella is a genre of bacteria known mainly for triggering infections., which are usually caus...

THE clapeyron equation is a mathematical expression proposed by the French physicist-chemist and ...

The 19th of April is the day of the Brazilian army. The date is marked by the first struggle of t...