In the study of Physics, to be well characterized, there are quantities whose measurements need the identification of their intensity, a number accompanied by a unit of measure, and their orientation in the space where they are. Such quantities are called vector quantities. As an example of a vector quantity there is the displacement, for, to describe it, we need the distance covered by the mobile, as well as its direction and meaning.

There are several vector quantities, here are some of them: velocity, displacement, position, momentum and acceleration.

In our studies related to varied motions, we could see the simple definition of the mean scalar acceleration. Such acceleration is defined as the quotient between the variation of the scalar velocity (

and the respective time interval (

By the polygon rule, we obtain the velocity variation vector (

. Let's see the figure below:

So we can write:

) can be understood as being an average vector acceleration, when the time interval Δt is infinitely small.
- Whenever there is a variation in the vector velocity,

, there will be vector acceleration

Scientists from more than 50 countries participated in the construction of the world's largest pa...

O National High School Exam (Enem) is today one of the most important selection processes carried... 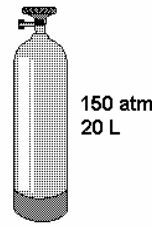