Memories of a relic cinema

A month of vacation, off-season from our temporal occupations, is a month of dedicating yourself. Understand “dedicating yourself” as dedicating yourself to what we like. In my particular case, I devoted myself to cinema.
Not because I understand cinema, but because I like it. I realized that liking cinema and understanding cinema are things that don't always go together. Rating a movie is different from judging the dexterity of someone speaking another language. For example, it would be impossible to tell if a person speaks Javanese well, since I don't know any of the language. But it is perfectly acceptable to consider a film as good, even without mastering the art, without identifying the school or style, without knowing the particular author or the director's abilities. Of course, that rule doesn't apply to bald trophy aficionados.
Those who understand cinema, usually have a erudite air with strange glasses. They discuss framing, photography, decoupage and whatever.
For me, the grace is in the product, not in its manufacture.

instagram story viewer
Who doesn't remember the “E. T. telephone, my house”, where in 1982 that nice little animal with the long crooked finger turned fever in schools all over the world. Or when saying goodbye, he never said “Hasta la vista, Baby”, where the last one speaks by Schwarzenegger in “The Terminator Futuro 2” was configured as a global linguistic phenomenon, as Spanish and English were mixed, in the most different accents.
And speaking of Baby, it was from cinema that we inherited this expression. In Brazil, at the end of the 30s, the expression fever was “hello, hello!”. This interjection became famous and immortalized in the classics Alô, Alô, Brasil 1935 and Alô, Alô, Carnaval 1936, both starring the little notable, Carmem Miranda. And there are those who still don't know “what the baiana has”. And who doesn't remember the song by Noel Rosa from 1933, which said: “... the talking cinema is the great culprit of the transformation”.
Now you must be asking me why I only quote “old” movies. The answer is simple, it is in essence. Think of TV advertisements, football stars, artwork. The examples have the limit tending to infinity. Before, we had the idea, and to show it, we developed the tools. Today we have the tools, but when we squeeze all these works, taking away all this technological layer, we don't even find any traces of great ideas. Learning to play an instrument today is ridiculously easier, drawing on the computer and printing with good quality too. Creating special effects is more about investment than genius. Before the idea was the main character of the film, today it shares the scenes with so many characters that it looks more like an extra. Lucky that's not the general rule yet.
From the unforgettable 1977 Star Wars, "May the Force Be With You!" was the recommendation that won the period of six months, which commonly have these expressions and advanced beyond the "galaxy very distant”. Like Darth Vader's “I am your father” in Episode V – The Empire Strikes Back.
Who doesn't remember when Rhett Buffer says to Scarlett O'Hara: “Frankly, my dear, I don't give a damn”. They say that this phrase was not planned, and should not have been said, as the term "damn" was considered vulgar (practically heavy) too much for the time, something like in good Portuguese: “Frankly, dear, I'm not sanding”. Remember we are talking about 1939.
How many times have you used the phrase “I'm going to make him an offer he can't refuse” from The Godfather? Or when I was lost on a trip, didn't I say, “Toto, I have a feeling we're not in Kansas anymore” (The Wizard of Oz)?
Have you ever defined love as in Love Story (“Loving is never having to ask for forgiveness”)? Or said that this is "the stuff dreams are made of." (The Maltese Falcon). On finding a new friend, finally "Loius, I think this is the beginning of a beautiful friendship." (Casablanca).
It's also not difficult to fit the famous phrase from The Silence of the Lambs: “a census taker once tried to test me. I ate his liver with black beans and a good chianti,” in one of our everyday conversations.
Or, at the end of an exhausting workday, sit on the sofa and say: “there is no place like our home” (The Wizard of Oz). Or when collecting someone's debt, yelling like Tom Cruise in Jerry Maguire: "Show me the money!" And speaking of Tom Cruise, remember the “You want the truth, you couldn't stand the truth!” that Jack Nicholson told you in A Matter of Honor?
How about phrases that make us think, like in Forest Gump: “Mom always said that life is like a box of chocolates. You never know what you're going to get” or. “A boy's best friend is his mother” (Psychosis). “Carpe diem. Enjoy the day, boys. Make your lives something extraordinary.” (Society of Dead Poets).
And speaking of dead people, how about “I see dead people” from The Sixth Sense. For those who haven't seen the movie yet, know: Bruce Willis is the one who's dead.
We could spend a lot of time on this, our cinematographic collection is gigantic, and we don't even have that much time for cinema. Classic phrases like: “Houston, we have a problem.”, by Apollo 13, will remain forever in the memory. And then we have: "Get your stinky paws off me, you bloody disgusting monkey!" (Monkey's Planet). “Yo, Adrian” (Rock – A Fighter). "Keep your friends close, but your enemies even closer." (The Godfather II). "They are here!" (Poltergeist).. "God is my witness, I will never go hungry again!" (... Gone with the Wind). “Elementary my dear Watson” (The Adventures of Sherlock Holmes).
The fact is that cinema has this power to transport us to the Matrix, to recreate history and the world, destroy taboos, change paradigms and who knows, even the world. It was John (The Beatle, not the apostle) who said: "A song is just a song, but if sung many times and by many people, it has the power to change the world."
That your 2008 is full of romantic comedies, suspense, action, adventure and horror, after all a little doesn't hurt anyone.

It is an imminent fact that we must vote for those who give us security!Well, if you don't have ...

The qualities of a text

The act of writing, facing the conception of many, represents something complex. The sender, seei... 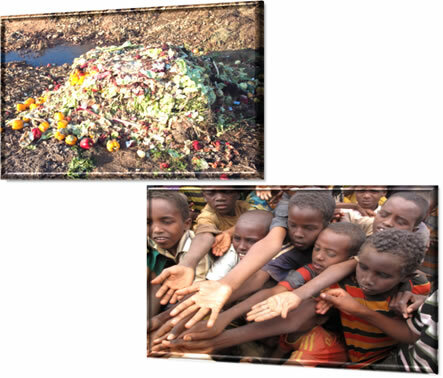 Chemistry has made discoveries over the years that have contributed greatly to the increase in ag...