THE Iran's recent political history demonstrates how the power relations and economic interests between West and East are marked by the sign of distrust. For a long time, because of its valuable oil reserves, Iran was under the influence of other nations, such as Russia and England. Exploitation of the country's rich oil sources was often the pivot of a relationship that was not always stable.

The first blow against this situation came in the early 1920s, when the military coup led by Reza Khan ended control of the Kajar dynasty. At the head of the Iranian government, Reza Khan changed his name to Reza Pahlevi and changed the name of the nation of Persia to iran. With this, he sought to raise political symbols that suggested the experimentation of a new era, far from foreign intervention.

However, in World War II, Iranian political sovereignty was targeted with an invasion of British and Russian troops in search of oil. Furthermore, this same invasion would have been motivated by the worrying dialogues that brought the government closer to

instagram story viewer
Prays Pahlavi and the European totalitarian regimes. Cornered, the Iranian political chief decided to step down and leave Iran in the care of his son, Mohammad Reza Pahlevi.

The change in the political scenario greatly pleased Western nations, in view of the various Mohammad's efforts to modernize the national economy and strengthen relations with the bloc capitalist. However, in 1951, the prime minister-elect, Mohammad Mossadegh, brought about a new change by imposing the Iranian oil nationalization. The imminent threat to their economic interests spurred the US to stage a political coup. With that, there was the overthrow of Mossadegh and the return of Mohammad Reza Pahlavi as dictator of Iran.

In the 1970s, the continuation of Iran's westernization process came to be vehemently opposed by the Muslim population Shiite. With a fundamentalist orientation, the supporters of this opposition movement against the Reza Pahlavi regime grew thanks to the strong performance of the religious leader of the ayatollah Ruhollah Khomeini. Even in exile, he was able to send messages that instigated protests, strikes and other expressions of repudiation.

In 1979, the intensification of the movement managed to impose the overthrow of the dictatorship of Reza Pahlevi and Khomeini's return to his homeland. Placed as the Supreme Leader of the nation, the ayatollah moved away from Western intervention and favored the resumption of customs and policies subordinated to traditions with a religious basis. Thus, Iran transformed in a theocracy marked by some democratic elements and, at the same time, republican in nature.

The call Iranian Revolution tried to be stopped by the US, which instigated Iraqi neighbors to invade the territory. However, even with the support received, the anti-revolutionary troops were unable to interrupt the process that was taking place. Even today, being controlled by a religious elite, the Iranians maintain an official discourse of explicit dislike of the US. 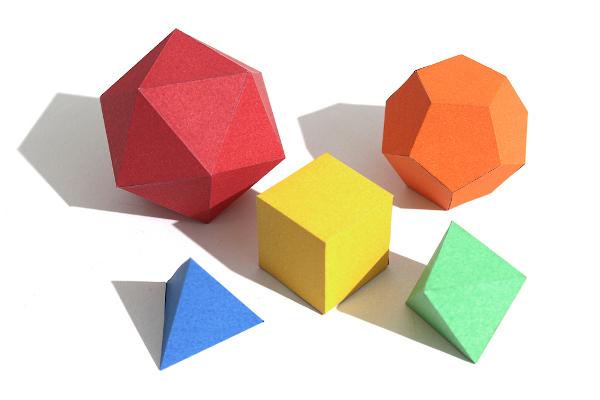 Polyhedra: what they are, elements, properties

Polyhedra (from latin poly — many — and hedron — face) are figuresthree-dimensional formed by the...