O oxygen cycle it is a biogeochemical cycle which guarantees the circulation of the oxygen by the physical environment and by living beings. This element is extremely important for the survival of living beings, being used, for example, in cellular respiration (process in which molecules are oxidized and energy is produced). The oxygen cycle guarantees the cycling of this element.

The oxygen cycle is a biogeochemical cycle that ensures the movement of oxygen in the environment and in living beings. This cycle is important because oxygen is essential for the cellular respiration process, formation of ozone layer and combustion.

The main stage of this cycle is, without a doubt, the photosynthesis, a process carried out by photosynthetic organisms (plants, algae and some prokaryotes). In photosynthesis, we have the production of oxygen, which is used by living beings in cellular respiration. 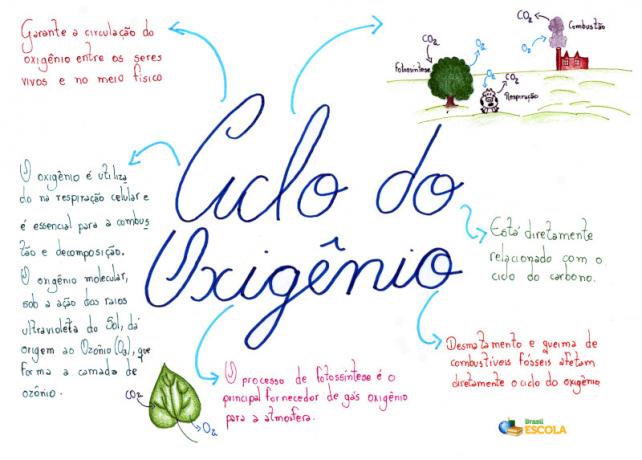 Oxygen is found in three reservoirs on the planet: in the atmosphere, in the biosphere and in the lithosphere. 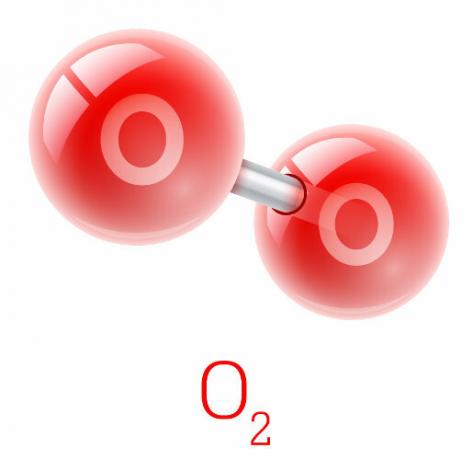 Molecular oxygen makes up about 21% of the Earth's atmosphere.

In the atmosphere, oxygen can be found, for example, in the form of molecular oxygen (O2), carbon dioxide (CO2), ozone (O3) and nitrogen dioxide (NO2). Molecular oxygen represents about 21% of the Earth's atmosphere and is used in the breathing process.

The main event of the oxygen cycle is, without a doubt, photosynthesis. In this process, photosynthetic organisms (algae, plants and some prokaryotes) use carbon dioxide and release oxygen. 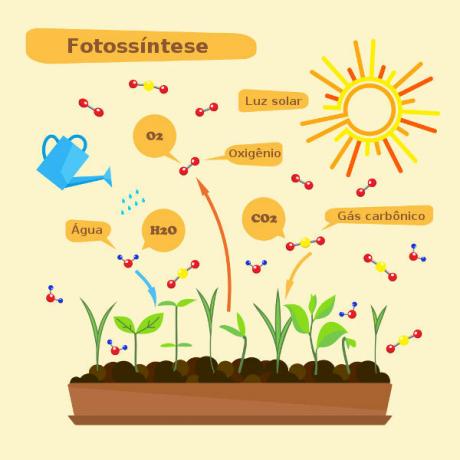 Photosynthesis is one of the main steps in the oxygen cycle.

Several processes are related to the oxygen cycle, highlighting the photosynthesis. In this process, photosynthetic organisms use carbon dioxide, in the presence of sunlight, to form organic molecules and release oxygen, which is used by living beings in the cellular respiration. Thus, we can conclude that practically the entire planet depends directly or indirectly on photosynthesis. 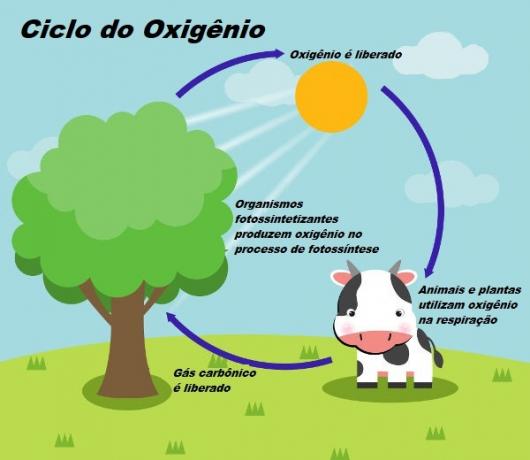 We cannot forget that oxygen, under the action of the Sun's ultraviolet rays, gives rise to the ozone, what form the ozone layer. This layer reduces the incidence of ultraviolet radiation on the planet, working as a true protective filter. without this layer, we would have an increased risk of suffering with a higher incidence of skin cancer, for example.

Unfortunately, man has an active role in the destruction of the ozone layer, releasing substances into the atmosphere that react and destroy ozone, such as the gases called chlorofluorocarbons (CFCs), which were used in products such as sprays and coolers. Currently the use of CFCs is prohibited.

→ Importance of the oxygen cycle

The oxygen cycle is essential for the survival of life on Earth, as oxygen is used in many processes. Some functions of this element are:

→ Changes in the oxygen cycle

The oxygen cycle is constantly affected by man. Our species is responsible for releasing a large amount of carbon dioxide, which affects the balance between this gas and oxygen. The main events responsible for the increase in carbon dioxide levels are the burning of fossil fuels and deforestation. It is also worth noting that man affects the levels of ozone in the atmosphere, releasing gases that destroy it, as already pointed out.

01. In the carbon cycle, the inorganic form is transformed into the organic form by photosynthesis.

02. In the water cycle, in addition to the passage of vapor-liquid and vice versa, due to physical factors, the interference of living beings, because, during photosynthesis, consumption occurs and, during breathing, release of water.

04. Carbon is an essential element in the composition of living beings and returns to the atmosphere in the form of carbon dioxide, through combustion, transpiration and oxidation.

08. Autotrophic beings use free oxygen to build their biomolecules through photosynthesis.

Sum of correct alternatives: 03. Alternative number 04 is wrong, because during transpiration, water is lost in the gaseous state. Alternative 08 is also incorrect, as autotrophic beings use carbon dioxide to build biomolecules. 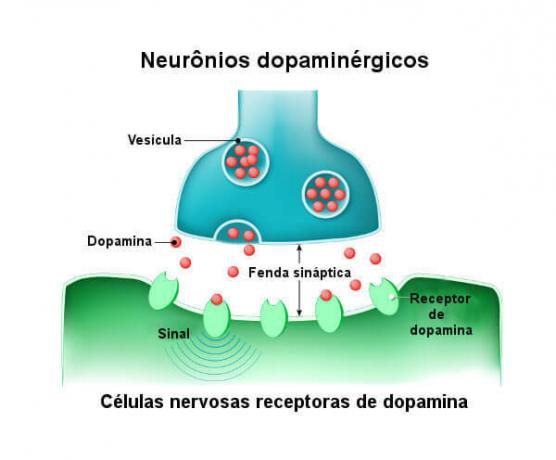 Dopamine: what it is, characteristics, function and effects

THE dopamine it is an important neurotransmitter and acts on the central nervous system of mammal... 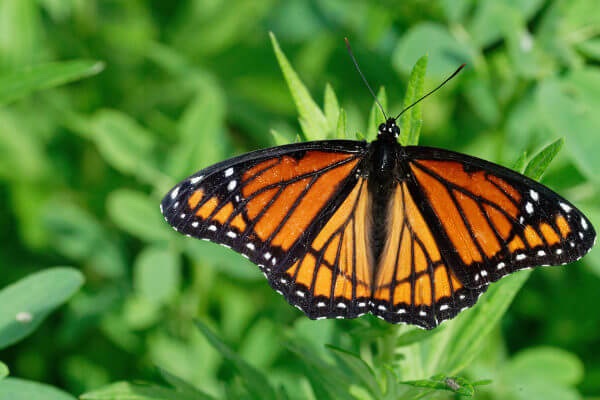 Mimicry: what is it, types, examples, images

O mimicry is a mechanism used by some species, in which one species is observed imitating another...