The Punjab in India: Sikh Separatism

Punjab is a state located in the northeast portion of India, close to Pakistan and the region of Kashmir. The northern border of Punjab is formed by the foothills of the Himalayas (the Panjal in Pakistan and the Shivalik Hills in India). The Indus River forms the western border and the Yamuna River forms the eastern border. The region of five rivers - Jhelum, Chenab, Ravi, Beas and Sutlej - integrates the Indus River, in the southern section. This feature helps explain the term Punjab: the Persian word "Panj" meaning 5, and "ab" meaning waters.

The state of Punjab is one of the most prosperous in India and has the lowest hunger rates in the country. Its economic growth was largely a result of the development of agriculture, which currently has high productivity. One of the factors that make the Punjab a productive agricultural area is its fertile alluvial soil with an extensive flat surface. Another factor is the extensive irrigation works that control and distribute water throughout the area for maximum use. The land partitions between rivers are called doabs. During the 19th and 20th centuries, India invested in the construction of dams, reservoirs and extensive irrigation canals, crossing the doabs. These irrigation systems work together with the Punjab's summer monsoon rains and fertile soil water, irrigating 78% of its land, far more than in any other Indian state.

Another reason for Punjab agricultural success is that it has two distinct crops: November-April and May-September. Wheat, sugar cane and vegetables are planted in November. Spring arrives in early February and the trees begin to bloom: barley, wheat, sugar cane, fruits and vegetables ripen and can be harvested in April. In May, the land is plowed again and summer crops are planted. A period of intense heat starts in May and lasts until the end of June. During this period, farmers await the coming of the summer monsoons, which last from July to September. The main summer crops - rice, cotton and tobacco - are harvested in October. In November, winter crops are sown again.

It is important to note that although the Punjab region was divided for political reasons, the term The historical "Punjab" was used to refer to the floodplain occupied by Pakistan and the India. In Pakistan, Punjab Province makes up about 25% of Pakistani territory and contains almost 60% of its population. In India, the state of Punjab represents only 1.7% of its territory, holding 2.1% of the entire population of the country, with only 2% of that population made up of Muslims. However, when you consider that around 13% of India's total population is Muslim, Punjab occupies India's borders Muslim with Pakistan and, therefore, this population is politically important, mainly for the maintenance of peace between the two countries.

The most delicate ethnic issue involves the population formed by Sikhs, corresponding to 60% of the total. Sikhism emerged from Hinduism as a reform movement in the 16th century. The belief that each individual has his own karma and performs, with each terrestrial incarnation, a spiritual evolution is a characteristic inherited from Hinduism. Religion also uses some elements of Islam, such as monotheism and the prohibition of idolatry, in which not even the figure of God should be represented. Sikhism has around 27 million adherents in the world, making it the fifth largest religion in the world, with 83% of the Sikh population concentrated in India. Millions of Sikhs migrated to different countries, most of them English-speaking, with emphasis, in order of importance, to Canada and the United Kingdom. Sikh migratory currents have also moved to the United States, East Africa (Kenya, Uganda, Tanzania), Europe and more recently to Australia.

As the Sikh religion is contrary to the Hindu precepts of segmenting society into castes and to at the same time, it is more flexible than the Islamic religion, its adherents have always sought a greater autonomy. When the fragmentation of India and the creation of Pakistan took place, the Sikhs were confined between a Hindu majority country and an Islamic state, which motivated most of the migrations to others countries. Even after the creation of the state of Punjab in 1966, something that the Sikhs claimed, tensions continued to rage. increase, especially the pressure for full autonomy of Punjab and the creation of a country independent of the India. In the 1970s, this movement gave rise to the movement for Khalistan, the desired Sikh state.

In the 1980s, the biggest incidents occurred. The movement for Khalistan gained notoriety and began to gather more and more militants. One of its founders, Jagjit Singh Chauhan, founded the Khalistan National Council in order to begin institutionalizing the Sikh state. In a 1984 Indian army operation known as the Blue Star, hundreds of militants Sikhs were killed in the Golden Temple, located in the city Amritsar, the site of the largest organization of the rebels. The episode served to increase the popularity of the then Prime Minister Indira Gandhi among the Hindu population, but it established an atmosphere of conflict and belligerence. In the same year, Sikh terrorists assassinated the prime minister, an act carried out by two of the minister's bodyguards. In response, several parts of the country experienced waves of anti-Ssikh violence, which resulted in the death of at least 10,000 Sikhs in a one-week period, according to observers international.

From the 1990s onwards, the Khalistan movement began to lose representation, radicalism was dispersed and many militants created terrorist cells in other countries. An event that synthesized the changes in the direction of religion was the attack that took place in a Sikh temple, in 2009, in the city of Vienna, Austria. Sikh fanatics injured 16 members of the Dera Sach Khand sect, killing guru Sant Rama Nand. This subdivision of Sikhism has a large participation of Dalits, a Hindu population that suffers discrimination within the caste system. Sikh extremists do not tolerate this interaction between Sikhs and Hindus, and the radicalism that once only directed its efforts against the control exercised by the government of India began to disaggregate its own Sikhs. Therefore, the current stage of the conflict appears to be somewhat stable.

In 2012, another fact caught our attention. On Aug. 5, a sniper of neo-Nazi origin wounded 30 people and killed 4 others at a Sikh temple in Milwaukee, Wisconsin, northeastern United States. There is great confusion over the appearance of the Sikhs, who wear clothing and long beards very similar to those worn by the Muslims. The September 11, 2001 attacks sparked a wave of protests against the presence of Islamists in the United States, and Sikhs also began to suffer from xenophobia and persecution.

Meaning: / Meaning: * "Format of the due proposition of cui una (protasi) expresses a condition, ...

THE clapeyron equation is a mathematical expression proposed by the French physicist-chemist and ... 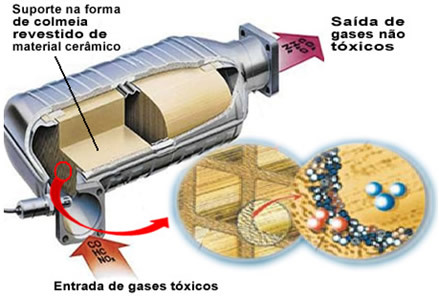 The fuels used in most cars are gasoline and ethanol. The complete combustion of these two fuels ...