We know that air is composed of a mixture of various gases and also water vapor. If perhaps the air has a high concentration of water vapor, we say that the air is very humid; if the water vapor concentration is low, then we say that the air is dry. Every day we see information on the relative humidity of the air on TV news.
On hot days, when the air is very humid, we feel discomfort, as the humidity in the air hinders the evaporation of sweat.
On the days when the air is dry, even though it is a hot day, we can feel comfortable because sweat is more easily evaporated. But we can also feel uncomfortable if the air is extremely dry, as it causes the skin and mucous membranes to dry out.
Air humidity is measured by a quantity called relative humidity (UR).
Thus, we have:

Saturated water steam
Evaporation is the passage from the liquid phase to the vapor phase, at a temperature lower than the boiling temperature.
In this process, the molecules are suspended on the surface of the liquid. In this way, these molecules, called vapor pressure, exert pressure on the liquid. If we consider a closed container, where water evaporates through a natural process, a moment that the surface of the water will be full of molecules suspended to the point where the vapor pressure is maximum. We say, then, that the water vapor is saturated.

instagram story viewer
For humans to feel comfortable, the relative humidity should be between 40% and 50%, although this is not always the case. In some cities, it is common in summer for humidity to drop to 10%. 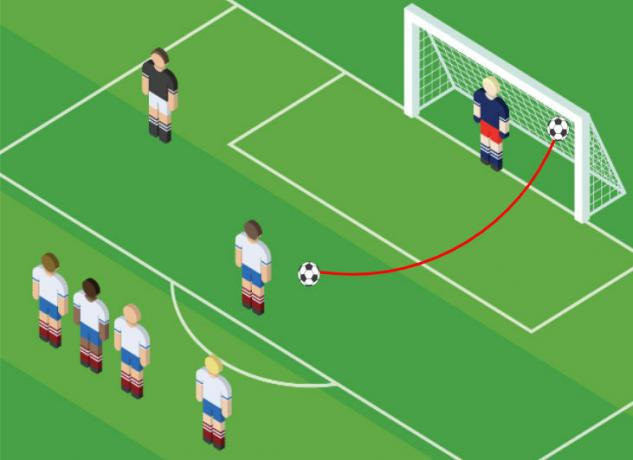 How does the soccer ball curve?

When kicked with the correct technique, the soccer balls are able to make turns in the air due to...

Superconductors: what they are, materials and applications

Superconductors are materials capable of leading to electricity, without offering any kind of res...

The principle of conservation of electric charge says the algebraic sum of charges before and aft...