THE sp-type carbon hybridization it happens only when it makes two pi bonds (π) and two sigma bonds (σ). In this case, then, there are two possibilities: carbon can make two double bonds or a single and a triple bond, as shown below:

However, with the receipt of energy, an electron (represented by an arrow) from the 2s orbital is promoted to the 2p orbital:

This way, the carbon has four unpaired orbitals, being able to make four covalent bonds, not just two.

In the case of sp-type hybridization, we know that two bonds will be pi; these occur in the pure “p” orbitals, while the other two orbitals, which are sp hybrids, will make the remaining sigma bonds. 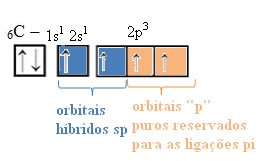 The spatial representation of this hybridization between an s and a p orbital, giving rise to a hybrid sp orbital, can be represented as follows:

In the figure above it is very clear that there are two pure orbitals that will make the pi bonds.

For you to understand how this happens, let's take as an example a molecule of hydrogen cyanide (HCN), used in the United States in gas chambers for prisoners sentenced to the death penalty. Its structural formula is given by:

As for carbon, its atomic orbitals have already been shown, now look at the hydrogen and nitrogen orbitals:

Note that the unpaired hydrogen orbital that will perform the sigma bond is the “s”, which is spatially represented by a circle; and nitrogen orbitals are of the “p” type, represented by three double ovoids (each in a spatial field: x, y, z). Thus, the structure of the HCN molecule is represented as follows: 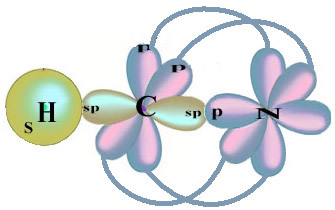 As for the type of bonds existing in this formaldehyde structure, we have:

Lymphatic drainage. What is Lymphatic Drainage

Lymphatic drainage is a massage technique that works the lymphatic system, stimulating it to work... 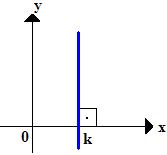 When representing a straight line in the Cartesian plane, we can, in some cases, notice that it c...

Location of Brazil in the world. Brazil location data

There are dozens of countries in the world that occupy a territory established in a certain geogr...