plague: caused by Yersina pestis, this penetrates the body through lesions caused by infected animals (such as the mouse flea, Xenopsylla cheopis). Multiplying inside macrophages, its symptoms are: lymph node swelling and fever. The infection can also manifest itself in airways, causing flu-like symptoms, but with elimination of pus and blood when coughing. Without treatment, the condition evolves to death in approximately one week.
Pneumonia: with symptoms including fever, breathing difficulties, chest pain, and coughing up sputum; this disease caused by Streptococcus pneumoniae or Diplococcus pneumoniae, is transmitted through the respiratory secretions of infected people. In addition to pharmacological treatment, indicated by the physician, rest is necessary.
salmonellosis: Caused by bacteria of the Salmonella genus, the infection is caused by the ingestion of foods such as eggs, meat, milk and dairy products, or foods handled without proper hygiene care. Invading the digestive system, they cause fever, abdominal pain, colic and diarrhea. There is a risk of these microorganisms reaching the blood and lymphatic vessels, causing serious complications in children, elderly or immunocompromised individuals.

instagram story viewer
Syphilis: a Treponema pallidum it manifests as the formation of hardened and less painful lesions in the genital region, which are later accompanied by lesions in the mucous membranes and skin - including the palms of the hands and feet. Fever, body and headache pain and malaise may also arise. In a third stage, if an effective treatment is not done, the bacteria reach the nervous system. Contagion occurs through unprepared sexual intercourse, with an affected individual, or expectant mother to fetus.

Idol female. Is there really the feminine of an idol?

The feminine of an idol leads us to ideas that guide the class represented by the nouns, more sp... 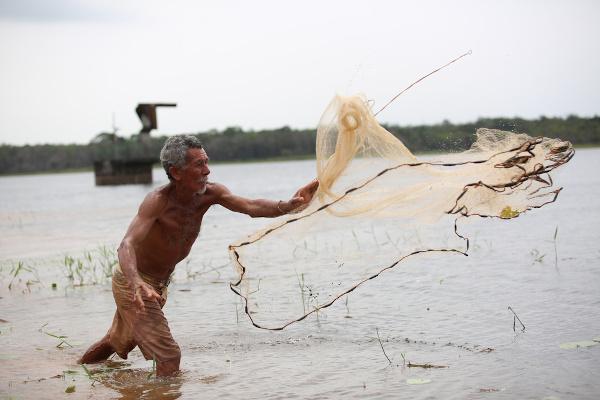 Brazil's hydrographic basins: what are they, map

At watersheds of Brazil are extensive and formed by mighty rivers and important for their respect...