The Lula and Dilma Roussef governments have mobilized many resources for the construction of hydroelectric plants in the North Region, where the most of the Amazon Basin, which holds flowing rivers with hydraulic potential, especially the tributaries on the right bank of the river. Amazons. Some of the most expensive works under PAC 2 are the Belo Monte plants, on the Xingu River, and the Madeira Complex (Jirau and Santo Antônio plants). The authorization for the construction of the plants on the Madeira River was responsible for the resignation of the former minister of Environment Environment, Marina Silva, against the construction of the plants due to the social and environmental impacts resulting from the project in question.

In the case of Belo Monte, planned to be the 3rd largest hydroelectric plant in the world, the situation is even more complex. The plant is located in the city of Altamira, in Pará, a place recognized for social conflicts over land ownership and which it also has a section of the Transamazon Highway, an integration project conceived during the period of the military dictatorship Brazilian. The Transamazônica was responsible for the first large migratory flows to the Altamira region, which led to disputes over land and pressure on forested areas.

Ribeirinhos and, above all, the indigenous population, who survive on the water from the Xingu River, are mobilizing against the construction of the plant. According to the federal government, the Belo Monte plant represents one of the priorities of the current administration, under the justification that the The plant's energy generating capacity is fundamental to Brazil's intentions to maintain a high standard of economic growth and consistent.

The Brazilian geographic space is full of possibilities for the generation of clean energy at reasonable costs, which are not restricted to hydroelectricity. Such possibilities arise from its large territorial extension and predominant location in an area intertropical climate, factors that determine a high level of insolation, biodiversity and good rainfall. the amount. These resources offer different renewable sources, such as solar, wind, biomass and hydraulic energy.

Brazil has the greatest potential for the generation of wind energy on the planet, with an emphasis on the northern coast of the Northeast region. The Brazilian wind farm is not yet in full development because its costs still drive away likely investors. There are no simple and immediate solutions, but the formation of public-private partnerships and the creation of tax incentives can offer a possibility to solve this problem. What we can't, of course, is not using a resource that is already ready, it doesn't need to go through any processing process, such as petroleum derivatives, and does not even require large structural works, such as the hydroelectric power plants.

Another renewable resource present in all Brazilian regions is represented by biomass. There are several types of plants in the country that can be used for the production of biofuels, such as soybeans, castor beans, babassu, palm oil and sunflower. Carried out on a small scale, these resources cause less environmental impact and have the ability to integrate small rural producers, reducing rural exodus and helping to secure the rural population in a productive.

Sugarcane is the main biomass used in energy generation in Brazil, which can be used for the production of ethanol and as a primary source, in the form of bagasse. The environmental policies determined by the Kyoto Protocol, in 1997, made many countries to start looking for alcohol produced in Brazil to meet the CO reduction targets2. Even though it is a renewable resource, the cultivation of sugarcane carried out since the process of Portuguese occupation prioritized large property and intensive land use, imposing devastation, erosive processes and exodus rural.

It is not just the type of resource that defines its impacts, but the logic of its exploration and production, which is very evident in the case of the production of sugarcane and hydroelectric power plant megaprojects: even though they are renewable, they are capable of generating major impacts on nature and on the society. Furthermore, there is not only one type of power generation that can be considered ideal. An adequate energy generation policy is one that is adequate to the socio-spatial reality and the environmental limits, integrating different forms of energy generation according to the potentials of each location. Brazil does not need to abandon all its hydroelectric projects, but rather rethink its strategies so as not to remain bound to obsolete ideas that do not point to a reality of balance between their natural potentials and their economic demands. 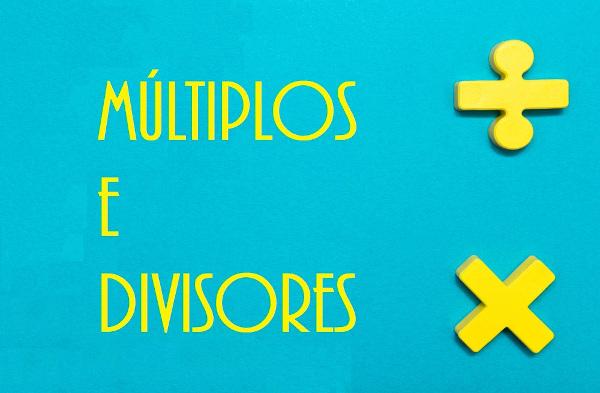 Multiples and divisors: what they are and properties

The concepts of multiples and dividers of a natural number extend to the set of whole numbers. Wh...

AIDS is currently seen as a threat to the African continent, it is an unforeseen tragedy that pla...

Terracing. Characteristics of the Terracing technique

O terracing is agricultural technique implanted in areas with very steep slopes in order to stop ...