French chemist born in Cherbourg, professor at the University of Nancy (1909-1932) and one of the Nobel Prize winners in Chemistry (1912) for the discovery of the Grignard reagent, later used in the synthesis of many compounds Organic. He attended local schools (1883-1887) and won a scholarship (1889) at the École Normale Spécial in Cluny. After two years, the school was closed because of a dispute over methodological policies and he and his colleagues were transferred to other establishments to finish their studies. He tried to join the Faculté des Sciences, but failed the exam for a licentiate in mathematics (1892) and he decided to pursue a military career. Towards the end of he was Demobilized (1893) he returned to Lyons, also called Lyons, capital of the Rhône département, and graduated from the Licencié ès Sciences Mathématiques (1894).
He accepted (1894) to work at the Faculté des Sciences as an assistant to Louis Bouveault. Afterwards he was later promoted to researcher with Philippe Barbier. He earned a degree in Licencié-ès-Sciences Physiques, became (1898) head of practices, and wrote his first paper together with Barbier. Three years later he submitted his brilliant thesis on organic magnesium compounds, Sur les Combinaisons organomagnésiennes mixtes (1901), obtaining the degree of Docteur ès Sciences, in Lyon. Afterwards he worked at the University of Besançon (1905), returned to Lyon (1906) and became adjunct professor of the discipline Chimie Générale (1908). He succeeded (1909) Blaise in the Department of Organic Chemistry in Nancy, and the following year became professor of organic chemistry in Paris. During the war he visited the USA (1917-1918) as chemical representative of the Tardieu Committee and Mellon Institute, and after the war he returned to Nancy and succeeded (1919) Barbier as Professor of General Chemistry, in Lyon.

instagram story viewer
He was appointed (1921) director of the École de Chimie Industrielle de Lyon, becoming a member of the University Council, and (1929) dean of the Faculté des Sciences. Author of more than 170 publications on his research, his main books were the first two volumes of Traité de Chimie Organique (1935). In addition to the Nobel, shared with Paul Sabatier, French from the University of Toulouse, he won many other prizes such as the Cahours Prize from the Institut de France (1901/1902) and the Prix Jecker (1912). He was named Chevalier of the Légion d'Honneur (1912), Officier (1920) and Commandeur (1933). He was also Honorary Professor at the University of Nancy (1931), Honorary Doctor of the Universities of Brussels and Louvain, and Honorary Fellow of the Chemical Society of London and foreign member of the Royal Swedish Academy of Sciences. He married (1910) to Augustine Marie Boulant and was the father of an only child, Roger, who followed his father's career, and died in Lyon.
Figure copied from MSU CHEMISTRY HOME:
http://poohbah.cem.msu.edu/
Source: http://www.dec.ufcg.edu.br/biografias/ 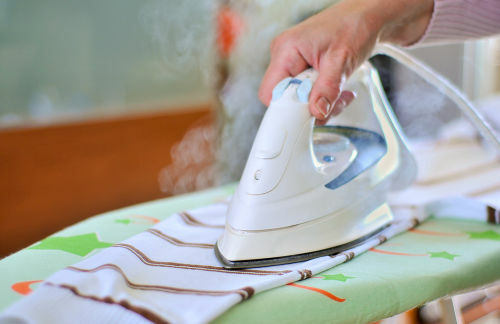 Vaporization is the name given to the physical transformation of liquid state to the gaseous stat... The ear, commonly called the ear, is the organ responsible for hearing and also for the balance o...

In day January 31st, we celebrate the World Magician Day. The choice of this date is associated w...