fascism is a authoritarian regime raised in Italy, which derives from the Italian word fascio, which means "beam" and refers to an "alliance" or "federation".

It is a totalitarian political movement, which acts against individual freedoms in the name of the good of the nation.

The word fascist, on the other hand, initially means the co-religionists of fascism. Currently, it is used as a pejorative term to characterize people who have an authoritarian and anti-democratic political position.

In general, all who are in favor of restricting liberties and ending their opposition are called fascists. The term is used even if they do not have a connection with fascist ideology, but that they combine one or more characteristics of fascism.

Fascist regimes have, among their main characteristics:

Learn more about the characteristics of Fascism.

How did fascism arise?

Originally fascism was a political movement founded by Benito Mussolini, on March 23, 1919. At its beginning, it was composed of combat units (fasci di combattimento).

Fascism was introduced as a political party in 1921. At that time, the word "fascist" is used to mention a political doctrine with authoritarian, anti-communist and anti-parliamentary tendencies, which defends the exclusive self-sufficiency of the State and its reasons. Fascism is distinguished from military dictatorships because its power is based on mass organizations and has a single authority, the dictator.

Its members are for the most part from the working class and the rural and urban petty bourgeoisie, that is, those threatened by the strong interveners of big business and dissatisfied with unionism communist.

When fascism establishes itself in power, it accepts the presence of big capital and imposes itself in a disciplining, preventing workers' organizations from defending the class struggle (unions, parties politicians).

What is the purpose of fascism?

Fascism is characterized by a reaction against the democratic movement that arose thanks to the French Revolution, as well as by furious opposition to liberal and socialist views.

The term fascism came to be used to encompass regimes directly linked to the Rome-Berlin axis and its allies. It was also used as a reference to authoritarian systems in which democratic rights were suspended.

This is the case of references to "fascism" in Spanish, Brazilian, Turkish, Portuguese, among others.

In 1945, with the fall of the main fascist states and with the dissemination of the atrocities committed, the fascist movement lost possibilities of large mobilizations.

Despite this, some minority groups remained in the former fascist states (neo-fascism).

Fascism had its origins during the crisis generated after World War I and the growth of the communist movement.

Revolutions, civil wars and economic crises led Italy, and other countries like Romania, Turkey, Austria and Germany, to the formation of fascist groups.

In Italy, Mussolini, a former socialist and military man, seized power after the "March on Rome" on October 28, 1922. The chamber has given full powers to the duce (leader, in Italian) and the fascists occupied, little by little, the key posts of the state. 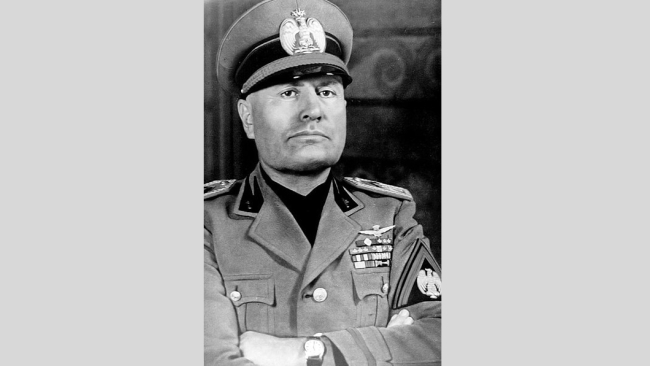 The opposition abandoned parliament and Mussolini took advantage of the crisis to establish, in January 1925, a totalitarian state, which banned non-fascist political parties and trade unions.

Through the Steel Pact, on May 25, 1939, the duce he allied with National Socialist Germany, leading Italy to intervene in World War II.

On April 28, 1945, Mussolini was captured by the Italian Resistance, opponents of fascism, arrested and executed.

In Brazil, fascism had a great influence on the currents that were already opposing communism in the country. For some historians, the Estado Novo founded by President Getúlio Vargas has numerous marks of fascism.

The influence of fascism on Brazilian integralism is also evident. Ação Integralista Brasileira (AIB), led by Plinio Salgado, through his October Manifesto, published in 1932, sought to create a Brazilian version of Italian fascism.

Although they are often seen as synonymous, fascism and Nazism have differences.

Nazism is often contemplated as a form of fascism, but the Nazi movement identified a superior race (Aryan race), and tried to eliminate other races, to create prosperity for the State.

The similarity between these two regimes is that they gained great popularity among the elements of the working class because they created support measures for them.

See also the meanings of: THE Vaccine Revolt it happened in 1904, in Rio de Janeiro, at the time the capital of Brazil, and...

Industrial Revolution: what was it, causes, English pioneering

What was the Industrial Revolution?According to historians, the RevolutionIndustrial it was a per...

World War II: Summary and Phases of the Conflict