Dynamic equilibrium or chemical equilibrium of a reaction occurs when the forward and reverse reactions occur simultaneously. These so-called reversible systems are represented by arrows in both directions:

. An example of a reversible reaction is cited in the image above, between iodine gas and hydrogen gas.

At the beginning of the reaction, the amount of reactants is maximum and that of products is zero. However, the reactants react with each other, decreasing their concentration and increasing those of the formed products. The rate of development of the direct reaction is also decreasing.

Upon reaching chemical equilibrium, at constant temperature, the rates of development of the forward and reverse reactions are equal.

Thus, we have three possible ways to graphically represent the development rates of direct and inverse reactions, relating the concentrations of reactants and products over the time. Let's look at each case: 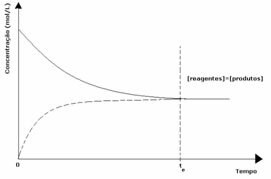 As seen in the graph, at time tand the forward and reverse reactions are the same, in which case the concentrations of reactants and products are the same. Thus, the balance is not shifted to either side, the intensity of both reactions is the same, as expressed below: 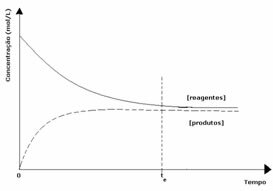 In this case, it is observed that when reaching equilibrium, the concentration of reagents is greater than that of the products. Thus, it is concluded that if there is more reactant, the inverse reaction is occurring with greater intensity. The reaction is shifted to the left:

3rd case: Concentration of products greater than that of reagents: 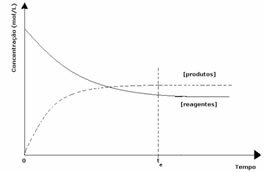 Since at equilibrium the concentration of products is greater, this means that the reaction is shifted to the right, because the direct reaction (with formation of products) occurs with greater intensity.

What will indicate whether the reaction tends to the right or to the left will be the equilibrium constant K, which only depends on the temperature.

Yoga. The Benefits of Yoga Practice

Although many people write the term yoga starting with the letter "y", this word is already incor... 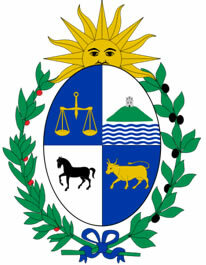 Uruguay is a South American country whose territory, bathed by the Atlantic Ocean, borders Brazil...

A pioneer in passenger air transport born in Bendigo, near Victoria, Australia, who started his v...