GPS and MRU equation in use. The Physics Behind GPS

Accurate position determination is important for numerous activities, such as road freight transport and maritime shipping. It was in 1978 that the United States Department of Defense set up the Global Positioning System, better known to us as GPS. This positioning system makes use of satellites to help determine position. To do this, it placed three satellites into orbit.

Satellites placed in Earth's orbit emit signals with known patterns that can be received anywhere on Earth, whether at sea or in the air, by receivers the size of a calculator. This is the most accurate positioning system today.

The basic principle of how GPS works is to use the position of satellites to determine the location of an object on Earth through triangulation. When the receiver picks up a satellite signal, it can determine its exact distance. This is done as follows:

The receiver synchronizes its internal signal with the signal sent by the satellite, thus determining the time interval (t) between the time the signal was sent and the time it was received.

As we know that the data transmission speed is equal to the speed of light itself (v = 2.998 x 108 m/s), the receiver calculates the distance (Δs) separation between the satellite and the object through the following equation:

Satellites have atomic clocks on board, which are more accurate. However, to determine the position through triangulation, it is necessary to know two more distances, which can be determined from two other satellites. Today we can see that GPS has become an accessory widely used by common people, no longer having only the purpose of military use.

As it could not be otherwise, here you are faced with another subsection, no doubt. a subsection,... 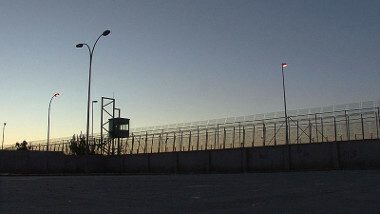 The walls that divide the world

Although the times of Globalization claim the closer approximation of different parts of the plan...

With the end of the Cold War, after the break-up of the USSR in 1991, the world began a new stage...