It is used as a renewable fuel in boilers, vehicles, etc.; mainly due to the large amount of methane gas in its composition.

Bacteria found in dumps proliferate, fermentation takes place and promotes the release of biogas. Thus, in urban waste landfills, there are ducts that capture the released gases. Subsequently, these gases undergo cleaning and dehumidification processes. Then they are pressurized and burned in flares, where the methane (CH4) is transformed into carbon dioxide (CO2), which has a global warming potential about 20 times lower. 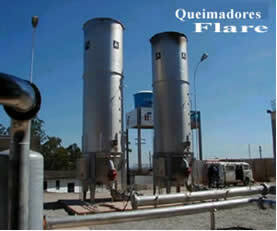 In biodigesters, as shown in the figure above, biogas is produced by adding biomass, such as agricultural residues, sugarcane bagasse, animal waste, etc.

Biogas is typically composed of methane and car gasbonic, according to the following percentage:

• 60% methane (depending on the efficiency of the process, biogas contains between 40% and 80% methane);

It is a renewable energy resource, as the degradation of organic matter is practically inexhaustible. Thus, it generates ecologically correct energy, reducing the use of fossil resources.

In addition to being used in boilers and vehicles, biogas can be used in motor generators installed in landfills for electricity generation and the heat rejected by the engines can be used by the landfill to carry out the evaporation of the slurry. There is also a technology that allows the use of this gas to light and heat urban and rural areas, in which it is combined use of gas as the main raw material with the automation it has to turn on and off the lampposts.

Another point is that the release of gases in landfills is a public health risk, as they are gases that, in addition to having odors unpleasant, toxic and pose a risk of explosion, not to mention that the methane released into the atmosphere is the main cause of greenhouse effect. Thus, biogas helps in this issue of global warming and reduces the effects caused mainly to the population around the landfill.

It also reduces the increasing amount of solid waste (garbage) generated by the population, which has been a serious problem for the public administration.

In addition to that, in these landfills, there are also ducts for capturing leachate, which is a liquid from the decomposition of organic waste that can pollute water resources. Therefore, its capture reduces environmental impacts.

The residue formed in the biodigester is used as an agricultural fertilizer.

Due to the high concentration of methane gas in its constitution, biogas also ends up polluting the environment, directly contributing to the greenhouse effect and global warming. Therefore, the need to transform methane into carbon dioxide flares, as stated earlier. However, as a fuel, the main interest in biogas refers to the combustion of methane, which has a good calorific value. 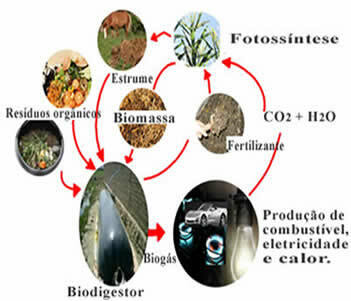 FranzGood is a US-based German anthropologist known as “Father of American Anthropology”. One of ... African culture: one of the roots of our culture

African cultureit is vast and diverse, endowed with enormous immaterial wealth, a factor that is ...

In recent months, the national media has brought up a discussion about a topic very close to the...