Marcel Proust was born on July 10, 1871, in Paris, a French city. He earned a degree in Letters at the Sorbonne. From a wealthy family, he had no other profession than that of a writer. He was in poor health and, from childhood, faced severe asthma attacks.

The author, who died on November 18, 1922, in Paris, is part of modernism French. His works present psychological and social analysis, in addition to criticizing the aristocracy and the bourgeois elite. His most famous book is the novel In search of lost time, an extensive work, divided into seven volumes.

Marcel Proust was born on July 10, 1871 in Paris, at France. He was the son of the renowned physician Adrien Proust (1834-1903). From childhood, he was in poor health, and throughout his life he struggled with asthma. His education was in the hands of his grandmother, Adèle Berncastel, and his mother, Jeanne Clemence Proust (1849-1905), both with a solid intellectual background.

At the age of 15, he nurtured a platonic love for the young Marie de Bénardaky (1874-1949). He was a great student at the Condorcet Lyceum, where he became interested in Fphilosophy and his teacher was Alphonse Darlu (1849-1921), with whom he had fruitful philosophical discussions. Thus, he acquired the Bachelor of Arts in 1889.

In the same year he did military service in Orleans and was discharged the following year. In 1892, he entered the School of Political Science. Although, decided to study Literature at the Sorbonne, where he acquired a degree in 1895. At this point, he frequented the salons of the aristocracy french.

Asthma attacks were getting more and more severe. Despite that, in 1896 he published his first book: The pleasures and the days. From 1891 onwards, he began to undergo all types of treatment for his illness. He also had palpitations from anxiety.

Even so, he traveled to Venice, in 1900, and toured France, in 1902, aiming to know the French cathedrals. That same year, he met the Netherlands. Back in Paris, he sought out many specialists seeking to alleviate the symptoms of the disease. In 1905, with the death of his mother, the writer fell into depression and was bedridden for a month.

Recovered, he continued to live an irregular life, without a profession that would make him a profit. But he was lucky to come from a wealthy family. He was homosexual and presented the lifestyle of an elegant and discreet dandy, frequenting the high-profile. Dedicated to the craft of writing, published, in 1913, the first volume of In search of lost time.

The following year, the death of his secretary Alfred Agostinelli (1888-1914), with whom Proust was in love, deeply shook the writer's state of mind. Furthermore, he started First World War. Therefore, the second volume of his great novel was not published until 1918.

In 1919, the novelist left the family apartment where he lived and moved to rue Laurent-Pichat. There, he lived protected by thick curtains and increasingly sick. In the midst of so much suffering, a joy: won the Goncourt Prize in 1919, for the second volume of In search of lost time. He also received a decoration from the Legion of Honor.

Affected by severe crises at the end of 1922, other complications arose, also arising from the excessive use of drugs used by the writer in the hope of relieving the symptoms of his illness. In November, he was diagnosed with pneumonia. He died on 18 November 1922, in Paris.

In search of lost time

The work In search of lost time, of an autobiographical nature, is divided into seven volumes:

The narrator's childhood and shows the strong affective relationship he has with his mother. The family house has two exits, one to the Swann path, the other to the Guermantes path. The narrator speaks of the possessive love of his bourgeois neighbor Charles Swann for Odette de Crécy. And it also reveals the fascination he feels for the couple's daughter, the young Gilberte, with whom he plays on the Champs-Elysées.

The narrator continues to show his relationship with the Swann family and ends up being disappointed to discover that Gilberte does not feel love for him. So he experience love suffering caused by first love. When he manages to forget about Gilberte, he meets Albertine in the Balbec bathhouse.

In his youth, the narrator starts to participate in the parties of the French aristocracy. In love with the Duchesse de Guermantes, he is despised by her. But life goes on, and the narrator values ​​his pleasures. However, the Fascination with luxury turns to disappointment realizing how much the environment he frequents is empty, superficial and inhuman.

Here, the homoerotic issue is in evidence, and the narrator knows the homosexual universe, from which he wants to protect his lover Albertine. He suspects she is a lesbian. So he decides to live with the girl.

The narrator's possessive and unhealthy love for Albertine leads him to reflect on this feeling, which is bound to diminish with time. As he doesn't want his love for her to end, he decides to abandon the young woman so that it doesn't happen. First, however, she runs away from her home.

THE Escape from the beloved causes suffering in the narrator, who experiences the feeling of being abandoned. Sadness increases when he is informed that Albertine has died. However, time turns the pain into a simple memory. The narrator meets Gilberte, then married to Robert de Saint-Loup, a friend of the narrator and a descendant of the Guermantes.

Shows the transformative and destructive power of time. The narrator's loves and dreams no longer matter. He is middle-aged and meets Gilberte and Robert's daughter, Miss de Saint-Loup, who represents the union between the French high bourgeoisie and aristocracy. In addition, he discovers that only art can stop time, as it is able to portray and immortalize a moment.

Finally, it is necessary to emphasize that this work by Proust, despite its great length, contains more analyzes and reflections than facts. In this way, the brief plot serves as a background for psychological and social analysis.

Marcel Proust is part of French modernism, and his works have the following characteristics:

Next, we are going to read some phrases by Marcel Proust, taken from his work In search of lost time:

“We willingly despise a goal that we cannot achieve, or that we have definitely achieved.”

“We only love what we do not fully possess.”

“True art needs no proclamations and takes place in silence.”

“True books must be the children not of daylight and conversation, but of obscurity and silence.”

Intransitive verbs: what they are and examples

intransitive verbs do not require a verbal complement and may appear accompanied by adverbial adj... 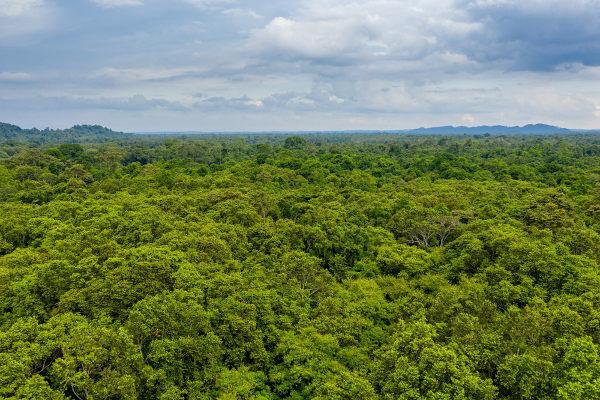