Álvaro de Campos is one of the many heteronyms of the Portuguese writer Fernando Pessoa. According to his creator, he was born on October 15, 1890, in Tavira. However, he did mechanical and naval engineering at the University of Glasgow in Scotland. Campos is an avant-garde poet, adept at sensationism and futurism. His most famous poems are opiate and triumphal ode.

Read too: Orphism — phase of Portuguese modernism that had Fernando Pessoa as one of the founders

In his youth, Campos was a tall man for his time — he was 1.75 m tall. Thus, he was two centimeters taller than Fernando Pessoa. Thin, he had a tendency to physically stoop. He had a shaved face and had a skin between white and brown. According to Pessoa, he

instagram story viewer
he was vaguely the portuguese jew type. He had straight, parted hair.

He wore a monocle and “had a vulgar high school education” |1|. But he was sent to Scotland, where he studied mechanical and naval engineering at the University of Glasgow. It was on a holiday trip to the East that he wrote the poem “Opiary”. In turn, he learned Latin from an uncle, a priest and a local (from the province of Beira, in Portugal).

In the long poem “Opiário”, composed in regular verses, O I lyrical shows opium as a way to escape reality. Thus, in a melancholy and pessimistic tone, he reveals his inadequacy to reality and boredom when crossing the sea back to Portugal:

It is before opium that my soul is sick.
To feel life convalesces and fades
And I will seek the opium that consoles
An Orient to the Orient of the Orient.

I'm reeling through the labor
An interior life of lace and lacquer.
I feel like I have the knife at home
With which the Precursor was beheaded.

I've been expiating a crime in a suitcase,
That a grandfather of mine did out of refinement.
Got my nerves on the gallows, twenty to twenty,
And I fell into opium like a ditch.

To the sleeping touch of morphine
I lose myself in throbbing transparencies
And on a night full of sparkles
The moon rises like my fate.

Life on board is a sad thing,
Although we have fun sometimes.
I speak with Germans, Swedes and English
And my heartache of living persists.

That's why I take opium. It's a remedy.
I am a convalescent of the Moment.
I live on the ground floor of thought
And watching Life go by makes me bored.

And after all, what I want is faith, it's calm,
And not have these confused feelings.
God end this! Open the locks —
And enough comedies in my soul!|2|

In the also extensive poem “Ode Triunfal”, composed in free verse, the lyrical self exalts modernity, the urban environment, the machine and the speed. He uses feverish and aggressive language to try to reproduce the feeling of being in the 20th century:

Oh wheels, oh gears, r-r-r-r-r-r-rEternal!
Strong withheld spasm of raging machinery!
Raging outside and inside of me,
For all my nerves dissected out,
For all the taste buds out of everything I feel with!
My lips are dry, oh great modern noises,
From listening to you too closely,
And my head burns to want to sing to you with an excess
Of expression of all my sensations,
With a contemporary excess of you, O machines!

O farms in storefronts! O mannequins! O last costumes!
O useless articles that everyone wants to buy!
Hello large department stores with several sections!
Hello electric ads that come and go and disappear!
Hello, everything with which today is built, with which today is different from yesterday!
Eh, reinforced cement, cement concrete, new processes!
Progress of gloriously deadly armaments!
Cuirasses, cannons, machine guns, submarines, airplanes!
I love you all, everything, like a wild beast.
I love you carnivorous.
Perverted and screwing up my sight
In you, O great, banal, useful, useless things,
O all modern things,
O my contemporaries, current and proximate form
From the immediate system of the Universe!
New metallic and dynamic Revelation of God!

Hey! hey! hey!
Hey electricity, sick nerves of Matter!
Hey wireless telegraphy, metallic sympathy of the Unconscious!
Hey tunnels, hey canals, Panama, Kiel, Suez!
Eia all the past inside the present!
Look at the whole future already within us! hey!
Hey! hey! hey!
Iron and useful fruits from the cosmopolitan tree-factory!
Hey! hey! hey! hey-ho-o-oh!
I don't even know I exist inside. Spin, dodge, ingenuity.
They put me on every train.
Hoist me on every pier.
I turn inside the propellers of all ships.
Hey! hey-ho! hey!
Hey! I am mechanical heat and electricity!
Hey! and the railsand the engine rooms and Europe!
Hey and hurray for me-everything and everything, machines at work, hey!

Oh not to be me everyone and everywhere!|3| 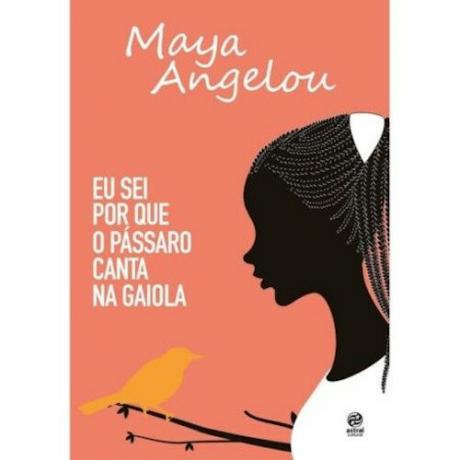 5 ways to get investment for your business

5 strategies for working with franchising