Exercises on the excretory system (with annotated feedback)

Test your knowledge with the 10 questions then on the excretory system.

Take advantage of the comments after the feedback to ask your questions about the topic.

The excretory system has as its main function

The excretory system primarily acts on the chemical composition of the body's internal environment to establish a balance. Therefore, its function is to eliminate substances that are not used in the body, especially the toxic ones, and those that are in excess.

Which of the following examples are NOT substances excreted by the human body?

a) interstitial fluid and lymph

b) sodium chloride and urea

Interstitial fluid is the fluid that fills the space between cells, and lymph is a fluid that circulates through the lymph vessels. Both are involved in the process of transporting and removing substances from different parts of the body, as the “excreted” substances are released from the cells into the interstitial fluid and then passed on to the lymph and blood.

The human body excretes substances through

a) feces, urine and stomach gas

b) blood, sweat and intestinal gas

The respiratory system is responsible for the elimination of carbon dioxide.

The urinary system is responsible for the elimination, through urine, of blood impurities that circulate in the body, such as urea, uric acid and ammonia.

Sweat is responsible for eliminating substances such as sodium chloride.

Excretion is the process of eliminating harmful or excess substances from the body. Regarding the functioning of the excretory system, it is correct to state that:

I. Substances called “excreta” are released from the interior of the cells into the interstitial fluid.

II. The kidneys act as a filter in the excretory system, retaining impurities in the blood.

III. The organs of the urinary system are the only ones in the human body that carry out the excretion of substances.

IV. The only function of sweat is to eliminate water and mineral salts from the body.

I. CORRECT. Exocytosis is the process of excreting substances from the cell.

II. CORRECT. The kidneys are responsible for filtering metabolic waste from the body and eliminating substances such as urea, creatine and toxins from the blood.

III. WRONG. Waste excretion in the human body is done through urine, sweat and breathing.

IV. WRONG. The production of sweat by the body is to regulate body temperature. However, mineral salts such as sodium chloride are also eliminated in the fluid.

Urine excretion is responsible for the elimination of waste dissolved in water, such as urea, ammonia, uric acid and mineral salts.

Of the following organs of the urinary system, which one is responsible for carrying urine out of the body?

The urethra is a muscular tube connected to the urinary bladder and is responsible for carrying urine out of the body.

a) WRONG. The kidneys work to filter the blood.

b) WRONG. The ureters carry urine from the kidneys to the bladder.

The glands in the skin responsible for the excretion of sweat are:

Sweat glands are exocrine glands responsible for the elimination of sweat and are arranged along almost the entire length of the skin.

a) WRONG. Endocrine glands are responsible for producing hormones and releasing them directly into the bloodstream.

b) WRONG. The adrenal glands are endocrine, they are located above the kidneys and produce hormones such as adrenaline and noradrenaline.

c) WRONG. Sebaceous glands are also present in the skin, but they are responsible for producing sebum.

a) in the lungs

b) in the cells

c) in the pulmonary alveoli

d) in the bronchi

Carbon dioxide is a residue removed from the cells, as it is the final product of the metabolism of carbohydrates (carbohydrates or sugars) and lipids (fats) in the process of cellular respiration.

a) WRONG. The lungs are responsible for oxygenating the blood and eliminating carbon dioxide.

c) WRONG. The pulmonary alveoli are the place where hematosis occurs, that is, gas exchange in the respiratory system.

d) WRONG. The bronchi are responsible for transporting air to the lungs.

(Uece/2002) “Faeces and urea are residues produced by mammals. However, only one of them is considered excretion. Choose the alternative that matches this statement:

a) feces, because they result from the activity of water absorption by the large intestine.

b) urea, because it is produced by flame cells, which are found in the kidneys of mammals.

c) feces, because they result from the action of the intestinal flora.

d) urea, as it is a toxic nitrogenous substance produced during cellular metabolism.

Urea is one of the nitrogenous compounds resulting from cellular metabolism and is excreted through the urine.

a) and c) WRONG. Feces are not excreted as they are leftover food undigested by the body.

b) WRONG. Flame cells take up nitrogenous compounds from the spaces between the cells and eliminate digestion residues.

a) The kidneys / through the urethra / into the bladder / from the ureters.

b) The arterioles / through the ureters / in the bladder / of the urethra.

c) The kidneys / through the veins / in the bladder / the ureters.

d) The ureters / through the urethra / into the bladder / from the arterioles.

e) The kidneys / through the ureters / in the bladder / the urethra.

In the urinary system of the human body, they are the kidneys that filter the blood. The urine elimination process takes place in two stages: first, the urine brought through the ureters accumulates in the bladder; then urination occurs, with the elimination of urine through from the urethra.

(Enem/2015) During an expedition, a group of students lost their guide. During the day that this group was lost, without water and under the sun, the students began to feel more and more thirsty. Consequently, the excretory system of these individuals had an increase in one of its functional processes.

In this situation, the excretory system of the students

b) produced a greater volume of urine.

d) produced urine with a higher concentration of salts.

e) reduced the reabsorption of glucose and amino acids.

Without adequate hydration, the body tends to avoid water loss by increasing the production of ADH, the anti-diuretic hormone.

Therefore, dehydration causes more water to be reabsorbed in the kidneys and urine is produced with less water and, consequently, a higher concentration of salts.

Check out the questions commented by our expert professors about the main characteristics of Angl... 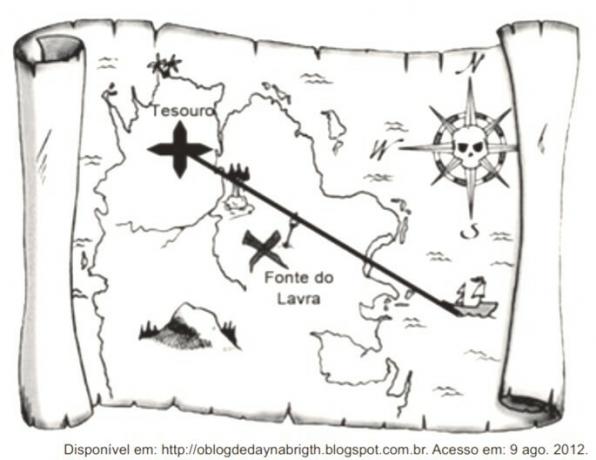 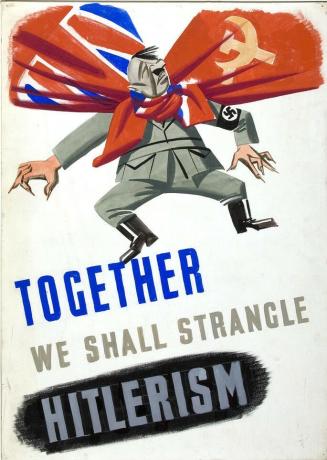 THE Second World War it was a bloody conflict and meant a break in world history.Therefore, entra...