Monkeypox: what is it, transmission, cases

THE monkey pox is a viral disease similar to smallpox (eradicated in the world, in 1980, through a worldwide vaccination campaign), however, milder and less lethal. This disease was identified in 1958, after an outbreak with monkeys that were kept in the laboratory for research. In humans, the disease was first observed in 1970.

It is initially acquired through contact with a sick animal, and transmission between humans, considered rare, it happens through contact with the infected person or through contaminated material, such as towels and bedding. Symptoms of monkeypox include fever, muscle aches, headache, exhaustion, enlarged lymph nodes and skin lesions.

Check out our podcast: 5 vaccines that marked history

monkey pox (monkeypox, in English) is a rare disease first identified in monkeys in the year 1958, when two outbreaks of a smallpox-like illness occurred in monkeys kept in a laboratory for research. This is why the disease gets its name.

In humans, the disease was first observed in the 1970s.

instagram story viewer
, in the Democratic Republic of Congo, and since then cases have also been reported in other Central and West African countries.

Monkeypox is caused by a virus belonging to the genus orthopoxvirus, of the family poxviridae. Its virus has two strains, the West African strain and the Congo Basin (Central Africa) strain, the latter being more virulent. It is not yet known what the natural reservoir of this virus is, however, it is known that African rodents as well as non-human primates are capable of having it and transmitting it to people.

A person can contract monkeypox by having contact a animal or object infected by the virus or with a sick person. Transmission from animals to humans can occur, for example, as a result of a bite, a scratch or even the preparation, handling and ingestion of contaminated game meat.

Transmission from one human being to another is more difficult to occur and usually involves respiratory droplets, in which case prolonged personal contact is necessary. Other forms of transmission involve direct contact with bodily fluids or material from injury, as well as indirect contact with injury material through, for example, bedding and towels.

In the 2022 outbreak, it was observed that some patients have in common the fact that they are men who have sex with men. Due to this characteristic, it is investigated whether the disease can also be transmitted through sexual contact.

Monkeypox cases in the world

Monkeypox was first identified in humans in the 1970s, in Congo Republic. Subsequently, other cases were identified in other Central and West African countries, such as Cameroon, Ivory Coast, Nigeria and Serrthe lioness. Despite this, most cases were observed in Congo.

Cases outside Africa have also been reported, as in United States and United Kingdom. These cases were related to international travel or contact with animals from Africa. The first outbreak outside Africa occurred in 2003, in the United States, and caused the infection of more than 70 people. At the time, the virus reached the US through contaminated animals.

Recently, in the year 2022, new smallpox cases dyou monkeys have been observed in regions outside of Africa, however, the concern lies in the fact that most of those infected did not travel to the continent, which may demonstrate some change in the form of transmission. In addition, no outbreak had been recorded simultaneously in several countries so far.

Signs and symptoms of monkeypox

Monkeypox presents smallpox-like symptoms, however, are usually milder. Among them we can mention fever, muscle pain, headache and exhaustion. An important feature is the enlarged lymph nodes, which allows doctors to differentiate monkey pox from chickenpox or smallpox.

One to three days after the onset of fever, the skin lesions. Initially these lesions appear on the face, later spreading to the rest of the body. They can also affect the genitals. In general, the illness lasts for two to four weeks.

the monkey pox It is a disease that can take the individual à death. According to the US Centers for Disease Control and Prevention (CDC), in Africa, monkeypox causes the death of one in 10 people. Mortality is higher in children and young adults, as well as in immunocompromised people.

Smallpox and its eradication

Smallpox is an infectious disease caused by a virus of the genus orthopoxvirus of the family Poxviridae. Is serious disease that killed about 400,000 people a year, according to the Oswaldo Cruz Foundation (Fiocruz). Also according to the Foundation, if we add the number of deaths from all wars already fought in the world, we would not reach the number of victims of smallpox.

Smallpox was transmitted from one person to another through contact with contaminated objects and through the respiratory tract. The sick person developed a series of rashes over the body, which progressed to blisters with pus. The lethality rate of the disease was close to 30%.

This deadly disease currently no longer occurs on the planet, being considered officially eradicated in May 1980. However, eradication was only possible through a worldwide effort that combined disease containment measures and vaccination. It is worth noting that the vaccine used to eradicate smallpox offers some protection against monkeypox.

After the height of the feudal system, Europe, from the 11th century, observed a series of transf...

Why do universities, in their entrance exams, give so much value to textual production?

It is because of the great importance of writing and the great space it offers the student that ... 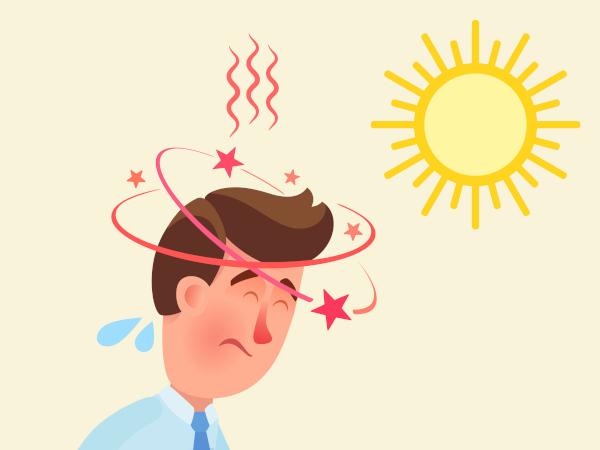 Hyperthermia: what is it, causes, symptoms, treatment

Hyperthermia can be defined as the increase in core body temperature as a consequence of the body...