The sailor – Fernando Pessoa: summary of the work

the sailor is a dramatic text written by the Portuguese poet Fernando Pessoa. It tells the story of three maidens who watch over a maiden dressed in white. The scenic space is a room in an old castle, and the action takes place during a night, in which the characters talk about the past and question the existence of reality itself.

The piece it is a work of modernism and therefore has something transgressive both in its form and in its content, centered on reflection rather than action. Furthermore, has symbolist traits, since it has a philosophical, dark, mysterious character, in addition to putting reality itself in check.

Analysis of the work the sailor

→ Characters of the work the sailor

There is no precise indication of the time period in which the drama takes place. We only know that it is the night of an ancient time, possibly of the Middle Ages.

A room in an ancient castle.

→ Plot of the work the sailor

Three maidens (the watchers) are in a room and wait for the day to break. Meanwhile, to entertain themselves, they think about talking about their own life stories. However, they resist, they seem to want to escape from the past. Also, there is no clock in the room, so they cannot know the exact time of night.

Even without wanting to talk about the past, they inevitably end up exposing memories, in addition to existential questions, such as: “What is anything? How is she doing?” Thus, the first reveals that she lived her childhood in a forest, where there was a lake.

The second, as a child, lived near the sea and between rocks. The third lived among branches, fountains and lakes.. However, it is uncertain whether these memories are real or imaginary. So the first suggests that instead of talking, they should sing, as it is colder there. Faced with the suggestion, the third comments:

"It's not worth it, my sister... when someone sings, I cannot be with me. I must not be able to remember. And then all my past becomes another and I cry a dead life that I carry with me and that I never lived. It's always too late to sing, just as it's always too late not to sing..."

The first and second speak more than the third, who remains silent for much of the drama. Then, the second tells that one day she saw an unforgettable sail from a distant ship at sea. In this point, the first says to see a ship through the window from room.

However, the second one is sure that it is not the same ship., when he says: “No, my sister; the one you see is undoubtedly looking for some port... It could not be that the one I saw sought any port...”. The second, then, tells that she dreamed of a sailor who was lost on a distant island.

As she tells her dream, she looks at the coffin and shudders. In it is a maiden in white. The third asks what the sailor dreamed of.THE second says that the sailor, lost on the island, created a whole world in his imagination and also reconstructed his past.

Tired of dreaming, he wanted to remember his real life, but he couldn't remember the past anymore. That way, the dream became your real life. When a boat arrived on the island, the sailor was no longer there. So, after this story, they realize that the day is dawning.

Anyway, we don't know if they are awake or if everything is a dream, as if they were beyond time. So when the first asks why the second told the story, the second says that: “I can barely remember telling it… Seems like it's been a long time..."

Everything gets even more confusing when the second says: “Who is the fifth person in this room that reaches out and interrupts us whenever we feel it?”. Possibly, she refers to the playwright, in order to indicate that they live in a dream called “fiction”, created by Fernando Pessoa, who, therefore, resembles the sailor.

Finally, the play ends: “A rooster crows. The light, as if suddenly, increases. The three watchmen remain silent and without looking at each other. Not far away, down a road, a vague car groans and squeaks.”

→ Characteristics of the work the sailor

the theatrical play the sailor was written by Fernando Pessoa in 1913. As it is a dramatic text, it presents lines and headings. However, it has no acts, because is a “static drama in a frame”, according to the author, is not even divided into scenes. As for her literary style, she has traces of simbolism, despite being part of the modernism.

Thus, the text, in addition to being philosophical, is also poetic, mysterious, dark and, above all, experimental. The play was classified by some critics as a dramatic poem. It is not centered on action, but on reflection and daydreaming. Thus, there is a questioning about the existence of reality itself and an appreciation of immaterial things.

Fernando Pessoawas born on June 13, 1888, in the city of Lisbon, Portugal. His father died when he was just five years old. His mother then married a consul. Thus, in 1896, Pessoa went to live in South Africa, and only returned to his native country in 1905.

Four years later, he received the inheritance from his paternal grandmother and became the owner of the printing and publishing house Íbis, which went bankrupt shortly afterwards. He then began to dedicate himself to writing his literary texts. and the creation of their heteronyms. From 1915, he became one of the main names of Portuguese modernism.

In 1918 he published, at his own expense, two books in English — antinous and 35 sonnets. His most famous book — Message — was only published in 1934 and won the Antero de Quental Poetry Prize. On November 30, 1935, the poet died in Lisbon.

See too: Fernando Pessoa and his heteronyms

The piece the sailor was written on the eve of First World War. Such conflict resulted from the imperialist expansion, which began in the 19th century, characterized by the dispute for power between the great European powers. However, in this period, there was also great scientific advance, in addition to innovations in the plastic arts.

In this context, Fernando Pessoa, as a theater critic for the magazine theater, brought the modernist proposal of “destruction” of traditional theater. From this perspective, he writes, in 1913, the sailor, a piece that will be published in the magazine Orpheus, a great spokesman for Portuguese modernism, in 1915.

Already the action of the play takes place, possibly, during the Middle Ages, a historical period that lasted from 476 to 1453. At that time, the Catholic Church exercised great dominion throughout Europe, in order to become not only a religious force, but also a political one. Thus, theocentrism influenced the actions of people who lived at that time.

A triangle is classified as scalene when all its sides have different measurements. When comparin...

Natural aspects are all the elements of nature formed millions of years ago that, in order to rea... 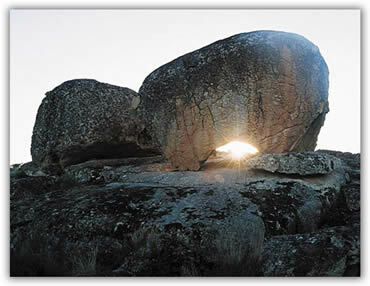