The point, the line and the plane are primitive elements studied in Plane Geometry, in addition to the notions of angles and the study of flat figures, such as the square, triangle, rectangle, trapezoid, circle, and rhombus. In addition to plane geometry, there is also Spatial Geometry, another area of Math, which studies three-dimensional geometric figures. The study of Plane Geometry is essential to understand the space in which we live. 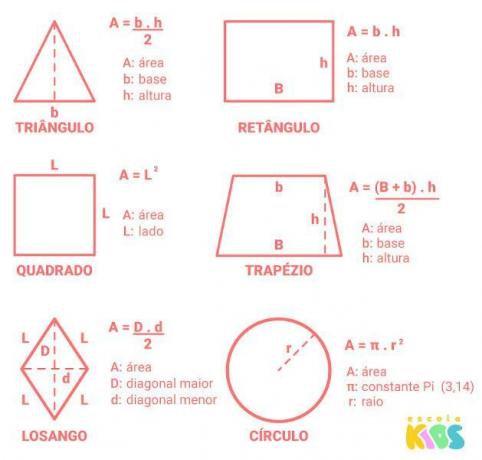 In the study of plane geometry, important concepts were developed, starting with the primitive concepts, which are those of point, line and plane. These objects are known as primitives because they are the basis for the development of other concepts, such as angle, ray, line segment, polygon, area, etc. Let's look at each of them.

The point, line and plane are primitive elements of mathematics, that is, they have no definition, but are objects that are in our imagination, understood intuitively, and are essential for the construction of the concepts of Plane Geometry.

THE point is the simplest object in geometry. It has no dimension, that is, it is dimensionless, and helps us to find locations in the plane accurately. Its use is common to represent a GPS location in applications, for example.

THE line, in turn, is formed by a set of points that are aligned. In a plane, there are points that are on the line and outside the line. It has only one dimension, with negligible width and depth. The lines are infinite and can be the representation of a trajectory in the plane.

THE plane is a surface that has no curves, that is, it is a two-dimensional region. The plane is infinite for both dimensions, and in it we can insert infinite lines. When we imagine a line, we know that it is contained in a certain surface, which is the plane.

To represent and name these primitive elements, we use the following notations:

Based on these basic concepts, it is possible to understand important concepts such as ray and line segment. A ray is the part of a straight line that has a beginning but no end..To represent a ray, we use two points — the first is the starting point of the ray and the second is any point belonging to it. With an indicative arrow above the two letters that represent points, it is shown that a ray starts at point A and passes through point B: .

Additionally, there is the line segment, which is also part of a line, but has a certain beginning and end. The line segment is usually represented by the letters of the points that limit it with a dash above it. For example, .

Understanding well the concepts involving line, ray and line segment, it is possible to understand the idea of ​​angle. The region between the lines will be known as angle whenever there is two lines meet at a point called a vertex.

According to the measure of the angles, it is possible to classify them as:

Read too: Complementary and Supplementary Angles—What Does Each Mean?

Plane Geometry figures and formulas to calculate their measurements

the flat figures are the geometric figures represented on a plane. Some of the flat figures were studied in depth, generating important concepts, such as area and perimeter. In addition, each of the figures has its characteristics studied.

Relative to a plane figure, the area is the measurement of its surface and the perimeter is the length of the contour of the figure, that is, the sum of the length from your sides. See below for the main plane figures and formulas for calculating their area and perimeter.

we know how triangle the flat figure that has three sides. To find the value of its area, we calculate the product of the base length, the height length and divide by 2. Its perimeter is found by adding the sides.

The rectangle is a four-sided flat figure that has all right angles. To calculate the area of ​​a rectangle, we multiply the base by the height. The value of the perimeter is equal to the sum of its sides. Since this figure has congruent sides two by two, there is a formula to calculate its perimeter, which is the sum of the longer side and the longer side multiplied by 2.

Also know: Polyhedron — any geometric solid whose faces are formed by polygons

THE diamond is a flat figure that, unlike the previous ones, has four congruent sides. To calculate its area it is necessary to find the length of its diagonals, where D represents the major diagonal and d the minor diagonal. Since all sides are congruent, to calculate the perimeter of the rhombus, simply multiply the length of the side by 4.

THE square is a special case of rhombus and rectangle, because it has all 4 sides congruent and also has all angles congruent. To calculate its area, simply multiply its base by its height. Since the sides are congruent, just calculate the square of the side. Thus, this figure, like the trapezoid, has all congruent sides. Therefore, its perimeter is calculated when we multiply the length of the side by 4.

The trapeze is a quadrilateral what has two parallel sides and the other two non-parallel sides. To calculate its area, it is necessary to know the length of the larger base, the smaller base and the height. To find its perimeter, there is no specific formula, which is calculated by adding its bases to the oblique sides.

To calculate the area and circle length, we use the following formulas:

As we have seen, Plane Geometry is the study of geometric figures and objects on the plane. It is restricted, then, to two dimensions. In it, plane figures are studied, such as the square, the rectangle and the triangle. Already Spatial Geometry studies elements in a three-dimensional universe. Then, we studied the Geometric solids, which are the cube, the pyramids, the sphere, among others. Plane Geometry is the basis for the study of Spatial Geometry.

A football field is 70 meters wide and 110 meters long. If during warm-up an athlete completes 10 laps on this field, he will walk a total of:

First, we will calculate the perimeter of this plot:

As he completed 10 laps then:

Calculating the area, we have: 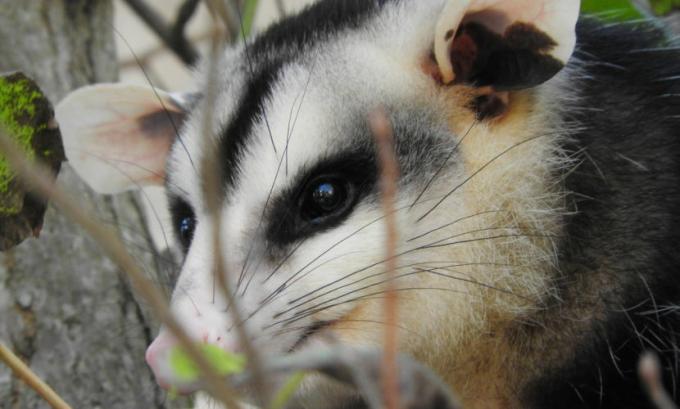 Skunk is the popular name used to refer to some species of marsupials in the Didelphidae family. ... Rubber cycle: what it was, importance, crisis

THE rubber cycle It was an economic cycle that happened in North region of Brazil between the 188... 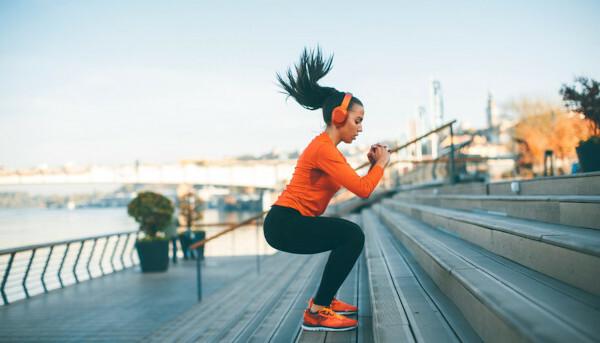 Sedentary lifestyle: what it is, risks, WHO recommendations

THE sedentary lifestyle can negatively impact an individual's life, increasing the risk of develo...