Root function: what it is, how to calculate it, examples

Root function is the function that has at least one variable inside a radical. It is also called an irrational function, the most common of which is square root, however there are others, such as the cube root function, among other possible indices.

To find the domain of a root function, it is important to analyze the index. When the index is even, the radicand must be positive by condition of existence of the root. The range of the root function is set of the real numbers. It is also possible to make graphical representation of a function source.

What is the root function?

We classify any function that has a variable inside the radical as root function. Analogously, we can consider as a root function the one that has a variable raised to an exponent equal to a fraction own, which are fractions that have the numerator smaller than the denominator, because whenever necessary we can transform a radical into a potency with fractional exponent.

How to calculate the root function

These functions are known as irrational. by the fact that most of your images are irrational numbers. For example, if we calculate f(2), f(3) for this same function:

We leave it represented in this way, as a addition between 1 and the irrational number. However, when necessary, we can use an approximation for these non-exact roots.

See too: Inverse function — the type of function that does the exact inverse of the function f(x)

Domain and range of a root function

When we study a root function, it is essential to analyze case by case, so that it is possible to define well The your domain. The domain directly depends on the root index and what is in its radicand. The range of a root function is always the set of real numbers.

Here are some examples:

Starting with the most common and simplest root function, the following function:

Since there is a square root, for this function to exist in the set of real numbers, or rooting must be greater than or equal to zero. So, we calculate:

So the domain of the function is:

In this function there is no restriction, because the index of the root is odd, so the radicand can be negative. Thus, the domain of this function will be the real numbers:

Graph of a root function

Let's look at the graph representation of the square root function of x. 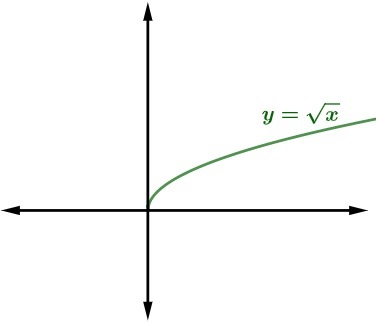 Now, we will graph a function with an odd index. It is possible to represent other root functions, such as cubic functions. Next, let's look at the representation of the cube root function of x. Note that, in this case, as the root has an odd index, x can admit negative values, and the image can also be negative. 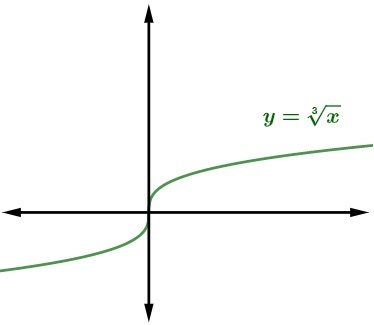 Read too:How to build the graph of a function?

Since the domain of the function is the set of positive real numbers, the value that makes f(x) equal to 13 is x = 5.

About the function f(x), judge the following statements.

I → The domain of this function is the set of real numbers greater than 5.

A) Only statement I is false.

B) Only statement II is false.

C) Only statement III is false.

D) All statements are true.

The domain is therefore real numbers less than 5. 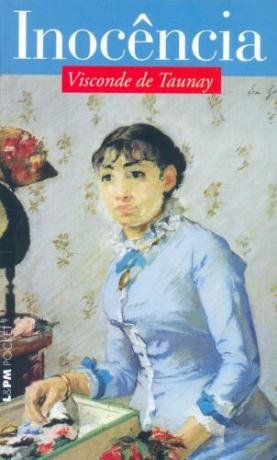 Regionalist novel: what it is, authors, works

regionalist novel is a type of narrative produced by authors of the brazilian romanticism, in the... 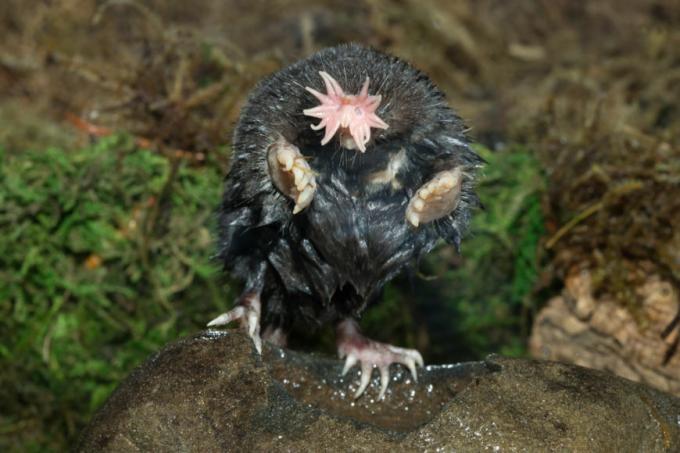 Mole is the popular name given to some species of mammals of the Talpidae family. Although some s... 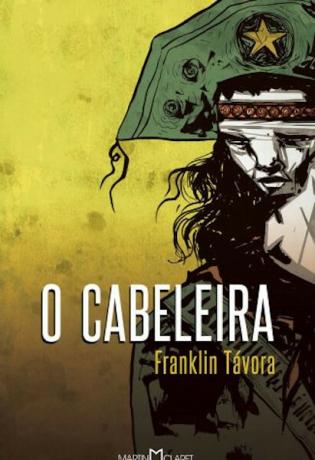